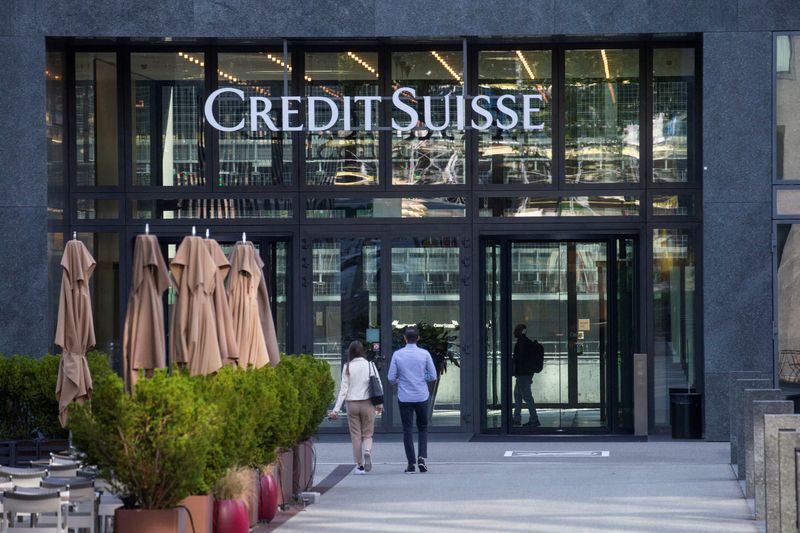 HONG KONG (Reuters) – Credit Suisse’s top two executives have told staff the bank is working to establish a stronger franchise in the longer term, according to a memo seen by Reuters on Saturday, amid uncertainty over a global review of its operations.

The memo sent by Chairman Axel Lehmann and Chief Executive Ulrich Koerner said a “heightened level of media and market speculation” regarding the review had raised questions among the bank’s staff and clients.

Reuters reported on Thursday that Credit Suisse had sounded out investors about a possible capital raising as it attempts a radical overhaul of its investment bank.

Koerner was appointed chief executive in late July and ordered a review of the bank’s operations, the second of its type in two years.

“When we launched our strategic review, we committed to an ambitious timeline whilst also making it clear that we would carry out a rigorous and diligent evaluation of all options for Credit Suisse,” the note said.

“We want to establish a clear path for the bank that will strengthen our franchise for the long term. This process requires time and a significant effort from many parts of the organization.”

A Credit Suisse spokesperson confirmed the contents of the memo.

The review’s findings will be published on Oct. 27 when the bank releases its third-quarter earnings, said the memo, first published by Bloomberg News earlier on Saturday.