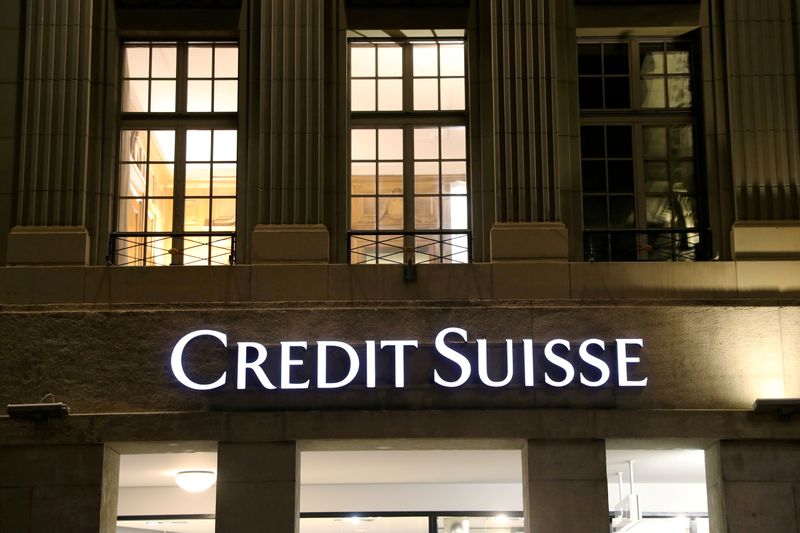 ZURICH (Reuters) -Credit Suisse on Tuesday appointed Goldman Sachs partner David Wildermuth its new chief risk officer, as it seeks to turn the corner on the Archegos and Greensill scandals that have rocked Switzerland’s second-biggest bank.

Zurich-based Credit Suisse has been cutting risk after its prime brokerage business lost billions from the collapse of family office Archegos, and as its asset management division scrambles to return some $10 billion of client investments linked to insolvent supply chain finance firm Greensill.

Those scandals have prompted a swathe of sackings, executive changes and regulatory investigations, as well as a planned strategic overhaul which Chairman Antonio Horta-Osorio has said is to make risk and cultural change a top priority.

“I am delighted to welcome David to Credit Suisse, where he will help shape the Group’s enhanced risk management framework, an essential part of the bank’s strategic realignment currently underway,” Horta-Osorio said in a statement.

Former Chief Risk and Compliance Officer Lara Warner was one of the high-level casualties, replaced on an interim basis by Joachim Oechslin, who already served as the bank’s risk chief under previous CEOs Brady Dougan and Tidjane Thiam between 2014 and 2019. Credit Suisse said Oechslin would resume his role as strategic advisor to the CEO after Wildermuth’s arrival.

Wildermuth, a 24-year Goldman Sachs veteran, was appointed deputy chief risk officer at the U.S. financial giant in 2015 and has been a partner since 2010.

“David joins with an impressive track record, underlining our firm commitment to further enhance our risk management across the bank,” Credit Suisse Chief Executive Thomas Gottstein said in the statement. “He is the right person to lead and further strengthen our risk organization.”

Wildermuth will assume the role on February 1, 2022 at the latest, the Swiss bank said, and will be based in Zurich.