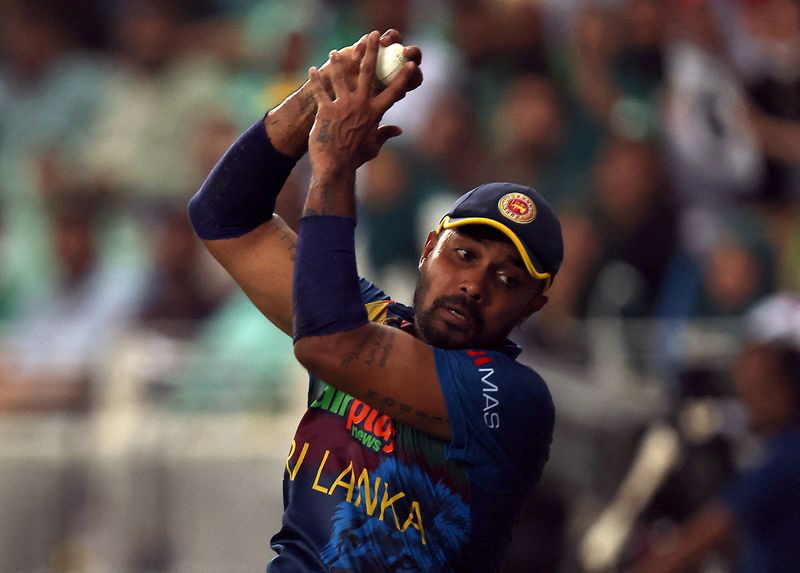 COLOMBO (Reuters) -Sri Lanka Cricket (SLC) said on Monday it has suspended Danushka Gunathilaka from all forms of cricket following his arrest in Sydney over an alleged sexual assault and will not consider him for any selections.

The 31-year-old was charged with sexual assault while in Australia to play in the T20 World Cup and was denied bail by a court in Sydney on Monday.

“The Executive Committee of Sri Lanka Cricket decided to suspend national player Danushka Gunathilaka from all forms of cricket with immediate effect and will not consider him for any selections…” the SLC said in a statement.

SLC said it had a “zero tolerance” policy for any such conduct and will cooperate with Australian law enforcement. SLC will carry out an inquiry into the incident, it said on Sunday.

Gunathilaka played a first round World Cup match against Namibia but was ruled out of the remainder of the T20 tournament with a hamstring injury.

The Sri Lankan team were eliminated in the group stage of the World Cup, losing to England on Saturday in their final match of the tournament.