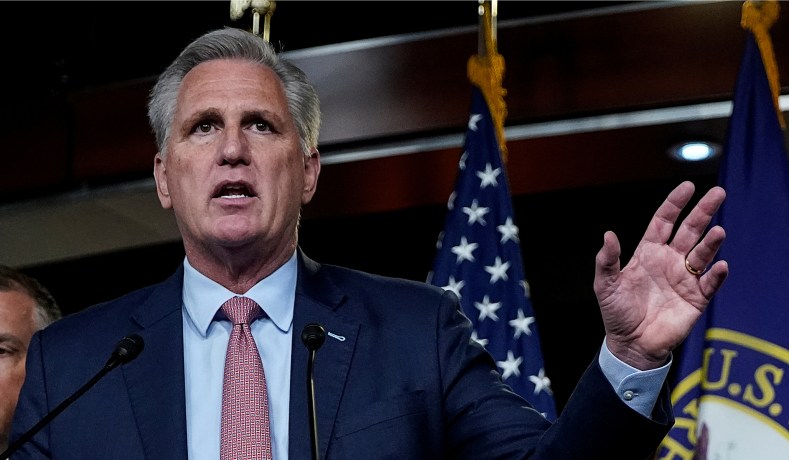 In response to The Democrats Fumble on the January 6 Committee

I don’t know that I agree with Dan about the McCarthy-Pelosi brouhaha. Maybe he reads the ether differently from how I do, but I’m not sensing a whole lot of, “Man, I’ll bet Nancy Pelosi wishes she’d played that one differently!” out there.

I think Republican leader Kevin McCarthy walked his caucus into a buzzsaw. He tried and failed to install two grandstanding election truthers, Representatives Jim Jordan and Jim Banks, onto the January 6 committee. Nancy Pelosi rejected them, which was both foreseeable and, arguably, appropriate. With this shenanigan, Kevin McCarthy set Republicans up for a lose-lose proposition.

There were four possible configurations of motive when it comes to the Pelosi-McCarthy dispute. And the Republican leader’s gambit is a loser in all of them.

Scenario 1: McCarthy and Pelosi both are acting in good faith. Unlikely, sure, but let’s consider it if only as a formality. If McCarthy and Pelosi both want to get to the bottom of what exactly happened on January 6, the election-trutherism and grandstanding make that less likely to happen, and the spectacle would have proved a political embarrassment for Republicans to boot.

Scenario 2: McCarthy and Pelosi both are acting in bad faith. Likely to be at least partly true. But, in that case, why hand Pelosi the opportunity to make credible, good-faith objections? There are dozens of boring Republican company men in the House who would have been happy to quietly derail or torpedo the proceedings, if that’s what McCarthy wants. (Why would he want that?) Instead, the ground he chose to fight on guaranteed that Pelosi had the more reasonable case — not only does she win, she deserves the win. It takes a special kind of genius to make Nancy Pelosi the more reasonable and responsible party in a political dispute.

Scenario 3: McCarthy is acting in good faith, Pelosi in bad faith. This combines the worst of scenario 1 and scenario 2: If successful in getting these guys on the committee, McCarthy would have ensured that the proceedings went nowhere, but, failing to do so, he gave Pelosi both a win and the moral high ground.

Scenario 4: McCarthy is acting in bad faith, Pelosi in good faith. In this case, McCarthy lost by putting forward two easy targets to whom Pelosi plausibly in good faith objected.

Unhappily, McCarthy is not acting as leader of the Republican caucus — he is acting as de facto leader of the election-truther caucus and the broader crackpot caucus, which for the moment punches above its weight and whose support he needs to remain secure in his position.

The problem with that approach is that with each day that goes by there is less reason to distinguish between the Republican caucus and the crackpot caucus.