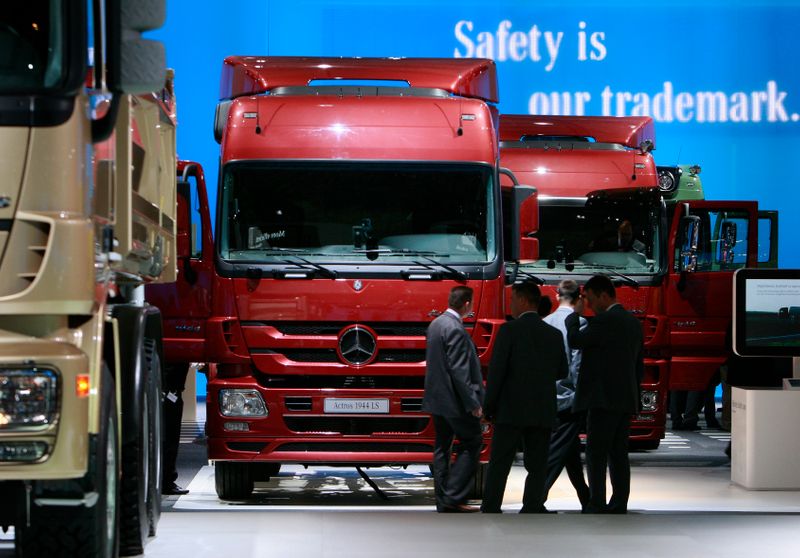 Visitors stand in front of a display of heavy trucks at the entrance to the Daimler exhibition area during a preview day at the IAA commercial vehicles trade fair in Hanover September 24, 2008. REUTERS/Christian Charisius/Files

The cost of an electric truck is three times as much as one with a combustion engine, Andreas von Wallfeld, told an event to present the model on Wednesday, mainly due to battery costs.

Wallfeld declined to say how many units the company expects to sell, adding that the gradual ramp-up is also due to quality checks of the eActros.

Parity in total cost of ownership of Daimler’s electric trucks to its conventional ones will be reached by 2025, depending on energy prices and subsidies, Wallfeld said.

Daimler will offer the eActros in 12 European countries at first, he added. Other markets such as China, Russia and South Africa are also of interest, he added.

The company in May said it aimed to cut costs and boost profit across all regions by 2025 as it goes “all in” for electric and hydrogen fuel cell powered vehicles.