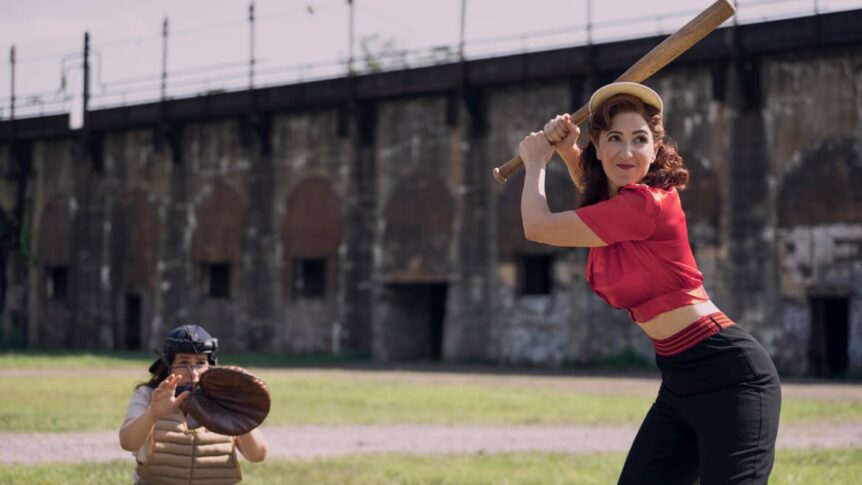 Before D’Arcy Carden landed the role of a lifetime as Janet on The Good Place, she was starting to worry her comedy career might never take off. And yet, in the less than six years since that show premiered on NBC, she has earned an Emmy nomination, appeared with her former babysitting boss Bill Hader on HBO’s Barry, and is now about to star opposite her best friend Abbi Jacobson in a high-profile reimagining of A League of Their Own, premiering on Amazon Prime Video next Friday, August 12.

In this episode of The Last Laugh podcast, Carden opens up about how she turned her career around, reveals what it was like to make out with Jacobson on screen, and expresses her shock and disappointment at her Barry co-star Sarah Goldberg’s Emmy snub. She also reminisces about the early days of the Upright Citizens Brigade, shares the important lesson she learned about screen acting during her first TV gig on Broad City, and recalls the demoralizing experience of being an extra on Saturday Night Live.

When I ask Carden how she first met her co-star—and love interest—in A League of Their Own, she lets out a sigh and says, “Dear, sweet Abbi Jacobson…” They met about 15 years ago when they were both taking improv classes at UCB in New York, and Carden says, “I just liked her.”