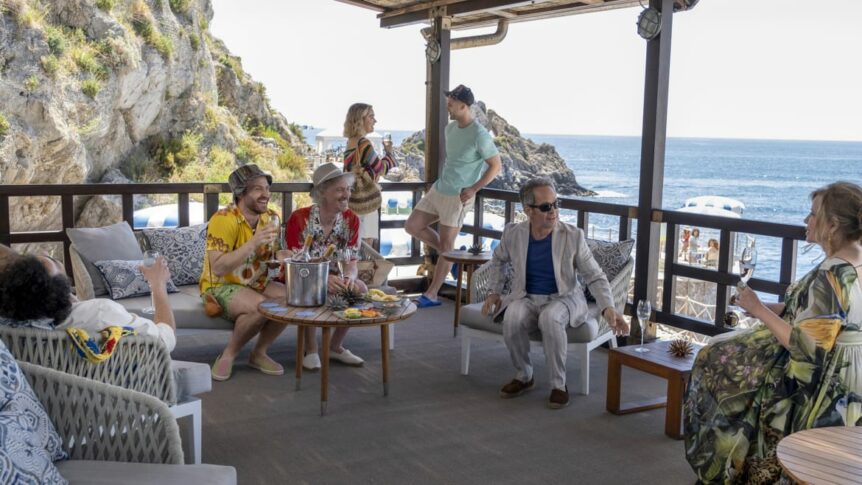 We’ve just passed the halfway point in The White Lotus’ sophomore season, but, unlike in the first season, the first death may have just happened. It seems that Mike White might not be waiting until the final episode to reveal the fatalities. In Episode 4, “In the Sandbox,” one of our not-so-beloved characters takes a drug that may lead to his death.

(Warning: Spoilers ahead for Season 2 of The White Lotus.)

It’s not really who you might expect, either. No, we don’t get to see the epic murder of Theo James’ cruel Cameron, who hired prostitutes in the last episode and is being unfaithful to his delightful wife, Daphne (Meghann Fahy). Neither does it seem to be one of the aging Di Grasso boys—Nonno Bert (F. Murray Abraham) or cheating Dominic (Michael Imperioli)—who takes a tumble that ends their life. And no, Greg (Jon Gries) doesn’t burn up in a fiery plane crash on his way back to Sicily.