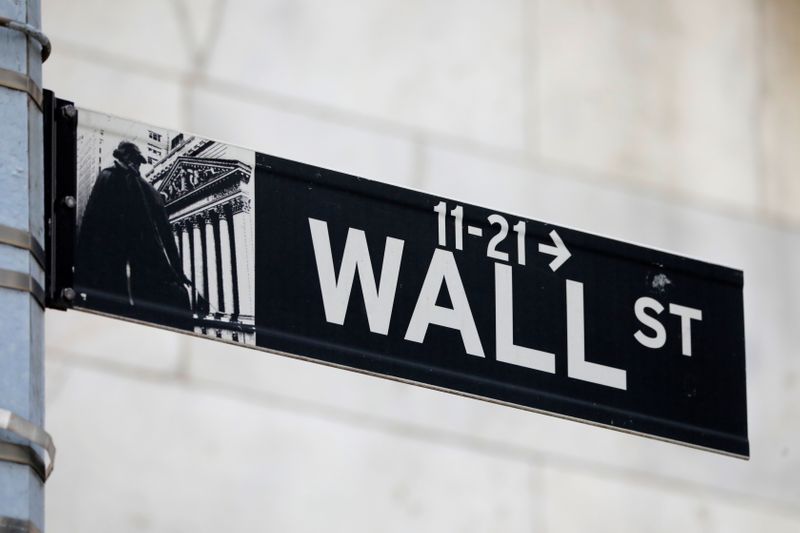 (Reuters) – Futures tracking the blue-chip Dow edged higher on Tuesday as shares of big U.S. banks rose, while investors looked to consumer confidence data against the backdrop of rising inflation and a spike in new COVID-19 cases across Asia.

A reading of the Conference Board’s consumer confidence index, set to be release at 10 a.m. ET, is expected to rise to 119 this month after steadying in May.

Morgan Stanley jumped 3.2% in premarket trading, leading gains among the big lenders after saying it would double its dividend to 70 cents per share in the third quarter.

JPMorgan Chase & Co and Goldman Sachs Group gained 0.2% and 1.1%, as they hiked their capital payouts after the U.S. Federal Reserve gave them a clean bill of health following their annual “stress tests” last week.

However, financials, energy and other economy-linked stocks have lagged in the past few sessions as easing fears over runaway inflation stirred a move into the tech-heavy growth names, leading the benchmark S&P 500 and the Nasdaq to a series of record highs.

All the three major Wall Street indexes are set for their fifth straight quarter of gains, boosted by ultra-loose monetary policy, a rebounding U.S. economy and robust corporate earnings.

Going ahead, all eyes will be on a crucial monthly employment report on Friday and the second-quarter earnings season, beginning July, which could decide the path for the next leg of the equity markets.

Big tech company Facebook Inc edged up 0.2%, a day after crossing $1 trillion in market cap and joining the likes of Apple, Microsoft, Saudi Aramco, Amazon and Google-owner Alphabet that now make up 10% of world equities.

(Reporting by Devik Jain and Medha Singh in Bengaluru; Editing by Maju Samuel)