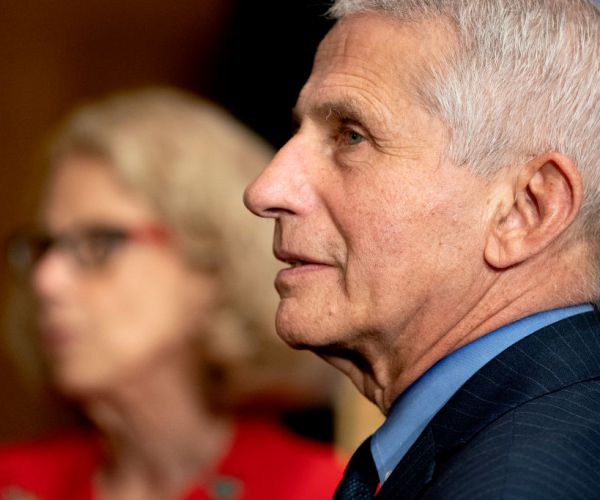 Dr. Anthony Fauci was aware in January of last year that some features of the novel coronavirus “(potentially) look engineered” and suggested the Wuhan lab leak theory may have had some legitimacy, according to a recently released trove of emails to and from the director of the National Institute of Allergy and Infectious Diseases.

Kristian G. Andersen, a professor in Scripps’ Department of Immunology and Microbiology, sent an email with the subject line “Science: Mining coronavirus genomes for clues to the outbreak’s origins” to Fauci on the evening of Jan. 31, 2020.

“On a phylogenetic tree the virus looks totally normal and the close clustering with bats suggest that bats serve as the reservoir,” Andersen wrote. “The unusual features of the virus make up a really small part of the genome (<0.1%) so one has to look really closely at all the sequences to see that some of the features (potentially) look engineered.

“We have a good team lined up to look very critically at this, so we should know much more by the end of the weekend. I should mention that after discussions earlier today, Eddie, Bob, Mike, and myself all find the genome inconsistent with expectations from evolutionary theory. But we have to look at this much more closely and there are still further analyses to be done, so those opinions could still change.”

Fauci replied the following day: “Thanks, Kristian. Talk soon on the call.”

Jeremy Farrar, a British medical researcher and director of the Wellcome Trust, was copied on the emails.

The Washington Post on Tuesday reported it had obtained 866 pages of Fauci’s emails as part of a Freedom of Information Act request. BuzzFeed also obtained the documents.

Andersen’s Jan. 31 email was in response to one sent earlier that day by Fauci, who had forwarded an email from Greg Folkers, chief of staff for the National Institute of Allergy and Infectious Diseases.

“This just came out today,” Fauci wrote to Andersen and Farrar. “You may have seen it. If not, it is of interest to the current discussion. Best, Tony.”

Fauci finally said in late May 2021 that he was “not convinced” the virus had developed naturally after months during which he refused to give the lab leak theory any credence.

Currently President Joe Biden’s top medical adviser — and before that a top adviser on COVID-19 to former President Donald Trump — Fauci received nearly 1,000 messages daily in March and April of last year, according to the Post. The emails were sent by colleagues, hospital administrators, foreign governments, and strangers.

Organizations, businesses, and politicians reached out to Fauci during the initial months of the pandemic. The doctor sometimes responded long after midnight.

Some of the people he conversed with included National Football League Players Association’s medical director, who wanted guidance on how to safely start the next NFL season; a documentary filmmaker who asked to ride along as Fauci drove to work for a forthcoming Disney-backed biopic; and a senior House Republican who told Fauci to “keep being a science truth teller” despite skepticism about the virus from Trump and other GOP lawmakers.