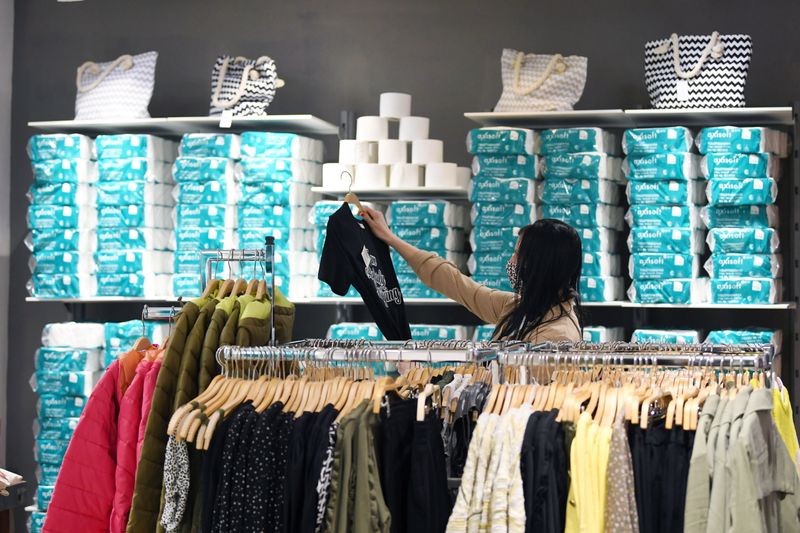 FILE PHOTO: A customer shops in Norbert Kremsreiter’s fashion store, which originally sells clothes and food, and recently toilet paper and other toiletries as the spread of the coronavirus disease (COVID-19) continues in Freyung, Germany, March 29, 2021. REUTERS/Andreas Gebert

FRANKFURT (Reuters) – Euro zone growth and inflation could be higher this year and next than earlier predicted, the European Central Bank’s Survey of Professional Forecasters showed on Friday.

Although the increase in projections may be seen as a positive for the ECB, which has undershot its target for the past decade, the new survey forecast are in line with the bank’s own estimates and do not suggest any upside compared to what the ECB already predicted.

In terms of growth, the survey now sees GDP expanding by 4.7% this year and 4.6% next year, upgrades compared to previous projections but broadly in line with estimates from the ECB’s own staff.