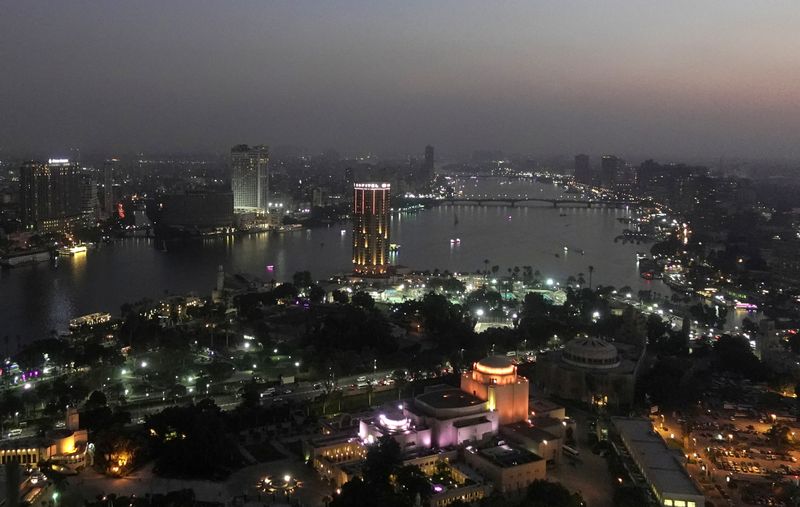 FILE PHOTO: A view of the city skyline and River Nile from Cairo tower building in the capital of Cairo, Egypt December 5, 2019. REUTERS/Amr Abdallah Dalsh/File Photo

CAIRO (Reuters) -Several prominent Egyptian activists and journalists were released from custody on Sunday following months of detention on charges including joining or aiding a terrorist group and spreading false news, lawyers representing them said.

Egyptian authorities have in recent months released detainees ahead of major Muslim holidays. Sunday’s releases come two days ahead of Eid al-Adha, one of the two most important festivals of the Islamic calendar.

Esraa Abdelfattah, an activist and journalist who was among the organisers of Egypt’s January 2011 revolution that ended the 30-year rule of Hosni Mubarak, was released from custody in Cairo early on Sunday more than 21 months after her arrest, her lawyer Ahmed Ragheb told Reuters.

“I spoke to her, she is doing very well. Her spirits are high, and she is surely very happy with this decision, in order to resume her life,” Ragheb said adding that the case remains open and investigations are ongoing despite her release.

Egyptian authorities did not comment on the activists’ and journalists’ release. Egypt’s state information service confirmed their release but said no government statements on the matter were immediately available.

Abdelfattah was a co-founder of the April 6 Youth Movement, which has been banned by the Egyptian government for years, and was arrested shortly after small, scattered demonstrations in Egypt in September 2019.

Wednan was arrested in 2018 after interviewing former anti-graft chief Hisham Genena who was working to elect a former military chief-of-staff in an apparent challenge to President Abdel Fattah al-Sisi in elections that year.