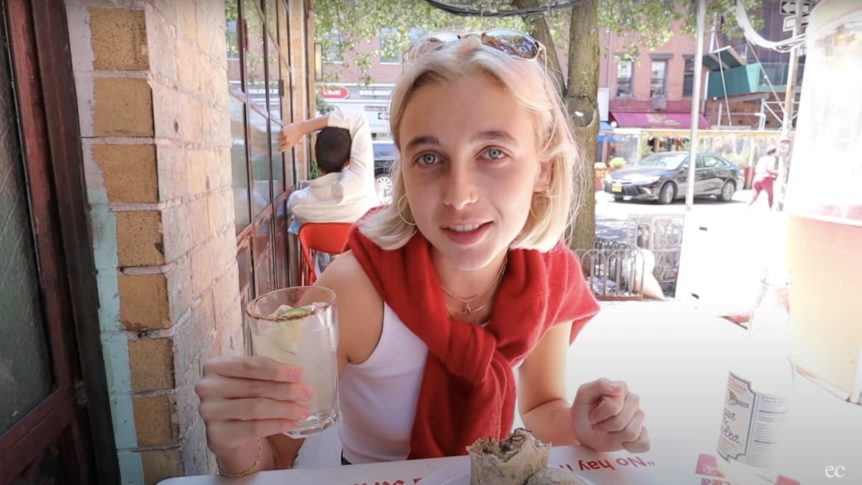 Emma Chamberlain, vlogger-turned-model-turned-craft-coffee-maven-turned-podcaster-turned all-of-the-above, is having a huge week. Not only did she make her late-night debut, appearing on The Tonight Show on Wednesday, but she also released her first new YouTube video in six months.

This is big news for Chambermaids (I assume that’s what the fans call themselves): After all, it’s Emma’s videos that propelled her to become the Met Gala-attending starlet she is today. While her style has evolved over time, from chaotic prank videos with other YouTubers to funny glimpses into her daily life, the Emma Chamberlain Cinematic Universe has preserved the 21-year-old’s irreverent, fast-talking sense of humor.

That’s not not present in “what’s good in new york,” her grand return to YouTube (which, as of early Thursday afternoon, is the No. 1 trending video on the site with over 2.2 million views and counting). But the video also appears to mark a new era for Emma—fitting, since she is a completely different level of celebrity now than she was even six months ago. Yet for this New Yorker, who eagerly clicked on the video as soon as she saw it, this era ain’t it.