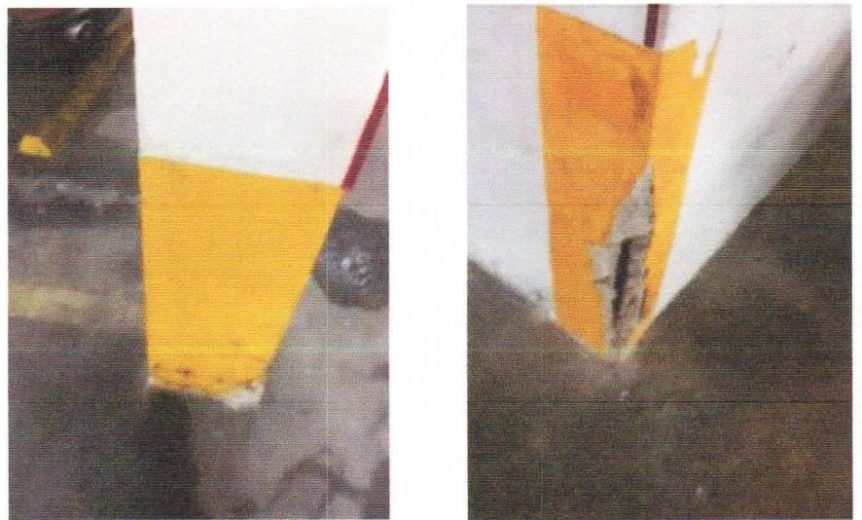 A structural engineer hired by the Champlain Towers South in 2018 to review possible repair needs warned of “major structural damage” to the concrete foundations of the oceanfront condo.

The town of Surfside released the engineer’s report late on Friday, as investigators and residents searched for answers on how a 12-story building could have suddenly fallen to the ground, leaving four people dead and 159 still missing under huge piles of rubble.

The complex, built in 1981, had been the subject of at least one lawsuit in 2015 over the maintenance of the structure’s outer walls and was even included in a scientific study last year that warned of it sinking into the earth.

The structural engineer, Frank Morabito, detailed a litany of issues in his nine-page report, from water penetrating cracks in balcony tiles to major damage to the concrete structural slabs below the pool deck, entrance drive and some parts of the parking garage.

However, the report did not mention any risk of collapse, a horrific outcome that shocked every expert who spoke to The Daily Beast.

“High rises typically don’t collapse on their own,” Glenn Corbett, a professor who advised the National Construction Safety Team that investigated the 9/11 World Trade Center disaster, told The Daily Beast. “It just doesn’t happen, thank God. But that’s all the more reason why we’ve got to figure out what the hell happened.”

Morabito’s report found that the waterproofing installed beneath the pool deck, entrance area, and planters was “beyond its useful life and therefore must all be completely removed and replaced.”

The issue stemmed from a “major” error made by the building’s original architects and engineers, the report said. Rather than making the reinforced concrete slab beneath the pool deck and entrance to be sloped, it was made flat. Therefore, water had to sit on the waterproofing until it evaporated, instead of flowing freely to deck drains.

However, Morabito wrote that replacements would be “extremely expensive” and a major disturbance to residents.

He added that “abundant” cracking in concrete columns, beams and walls in the parking garage needed to be repaired “in a timely fashion.” Prior repair jobs were shoddy, resulting in more cracking and leaching of calcium carbonate deposits, he said.

There were other signs of water infiltration in the building, the report said, like balcony cracks and paint bubbles retaining water. There was mold around entrance soffits (an exterior feature) but building management was too busy to help the engineer get into the soffits, the report said.

The report raises the question of whether water penetration and corrosion played any role in Thursday’s collapse, a potential issue raised by other outside experts.

“This [building] is right along the shore and saltwater is not friendly to buildings, or cars, or anything really. Saltwater mist blowing in from offshore is corrosive and it’s coating all the steel, specifically steel rebar, in all those buildings,” Corbett told The Daily Beast. “Is it possible that [this] had an effect here? Was the steel inside that structure under constant assault by salty air?”

Professor Armin Mehrabi, from Florida International University’s Department of Civil and Environmental Engineering, explained that concrete builds a layer around the steel structures of a building, protecting it from corrosion.

If there is a crack and saltwater penetrates, it can destroy the protective surface that the concrete provides. “Once that surface is eliminated, now you have exposed the steel and now you have oxygen, you have moisture,” he said. “And when you have those two elements and steel, then the corrosion starts and causes the concrete cover to fall off and so on.”

He said that structural engineers pay a lot of attention to saltwater intrusion and corrosion in buildings located near the ocean, to make sure the foundations are adequately supporting the building. But, he added, “you really cannot say that by itself could be a cause of the collapse.”

The Champlain Towers was undergoing a mandatory 40-year recertification process when it collapsed this week. Construction work was also being done on the roof.

“Anytime you put additional loads on buildings, the building has to accommodate that,” Corbett said. “The force of the load is carried all the way down to the foundation, and a heavy load can destabilize it.”

He said the investigators will also have to look at undersoil conditions raised in a 2020 study by Florida International University professors who found that the complex had been sinking into the earth bit by bit since the 1990s, at one point at a rate of about 2 millimeters per year.