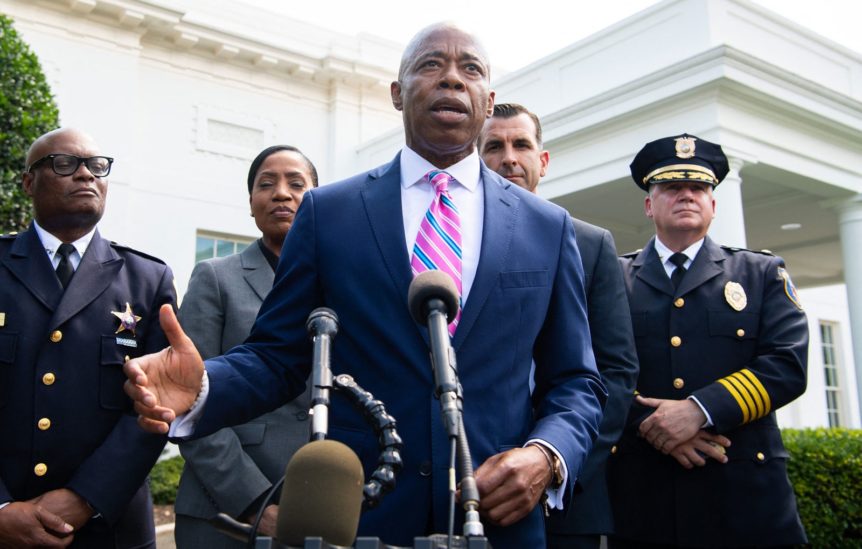 The New York City mayoral primary, which culminated in a vote held in June, was full of surprises, including the introduction of ranked-choice voting to a confused electorate, and the presence of Andrew Yang, a newcomer to municipal politics who quickly attained front-runner status. But the winning Democrat was no surprise. Eric Adams is the borough president of Brooklyn and a former state senator, making him an establishment favorite. He was also, for more than two decades, a police officer. With policing at the center of public attention since last year’s uprising of the Black Lives Matter movement, Adams occupies a unique position in the debate. He was a firebrand in the N.Y.P.D. and an advocate for Black officers; and he was, as a teen-age boy, a victim of police abuse himself. But Adams is also a strong defender of the police department. He has spoken about the correct way to implement stop-and-frisk policies, which have been previously carried out in ways that were ruled unconstitutional. He rebuked candidates to his left who talked about defunding the force. And he made the national spike in violent crime part of his candidacy, when others focussed their platforms elsewhere.

The nation’s cities face a budgetary crisis, the COVID crisis, a crisis of confidence in policing, and more. Adams doesn’t seem fazed. “We need to be very honest that our city is dysfunctional. And it always has been for a large number of New Yorkers,” he told David Remnick. “I could take you throughout the city where the conditions have remained the same through mayor after mayor. What I must do is stop the dysfunctionality of a city that has normalized being dysfunctional.” Remnick spoke with Adams on July 21, 2021.