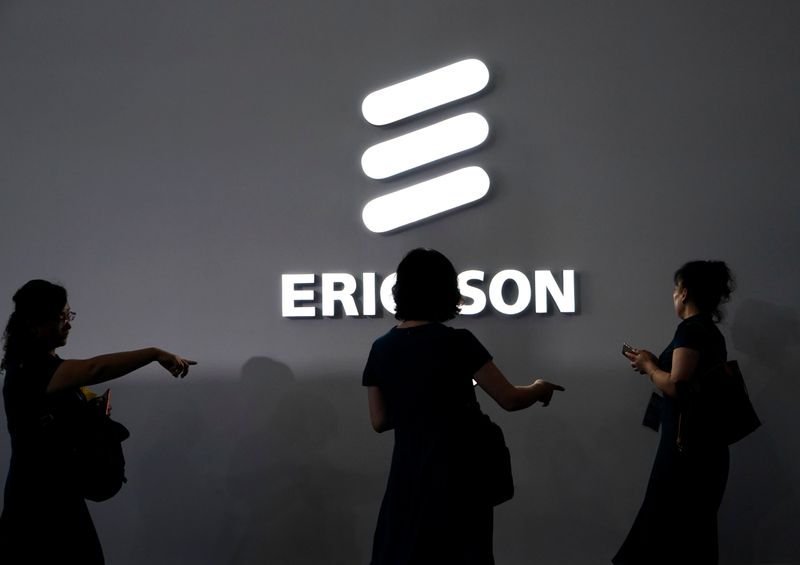 STOCKHOLM (Reuters) -Sweden’s Ericsson on Friday reported second-quarter core earnings below market estimates, as strong sales of 5G equipment in most markets was offset by a decline in sales in mainland China

The company’s quarterly adjusted operating earnings rose to 5.8 billion Swedish crowns ($669.9 million) from 4.5 billion a year ago, missing the mean forecast of 6.01 billion crowns, according to Refinitiv estimates.

Total sales for the telecom equipment maker, a rival of China’s Huawei Technologies Co Ltd and Finland’s Nokia, fell to 54.9 billion crowns from 55.6 billion, missing the 57.20 billion seen by analysts.

While both Ericsson and Nokia have benefited from the ban on Huawei in several countries, the exclusion of the Chinese company in Sweden was expected to lead to a fall in revenue for the Swedish company in China.

The initial contract allotments for the second phase of the 5G deployment in China are expected to be announced before the end of this month, according to two sources familiar with the matter.

“It is prudent to forecast a materially lower market share in Mainland China for Networks and Digital Services as the earlier decision to exclude Chinese vendors from the Swedish 5G networks might influence market share awards,” CEO Borje Ekholm said in a statement.

Meanwhile, Nokia, which reports earnings on July 29, is expected to get its first 5G radio contracts in China. Ericsson generates just under 10% of its revenue in China.