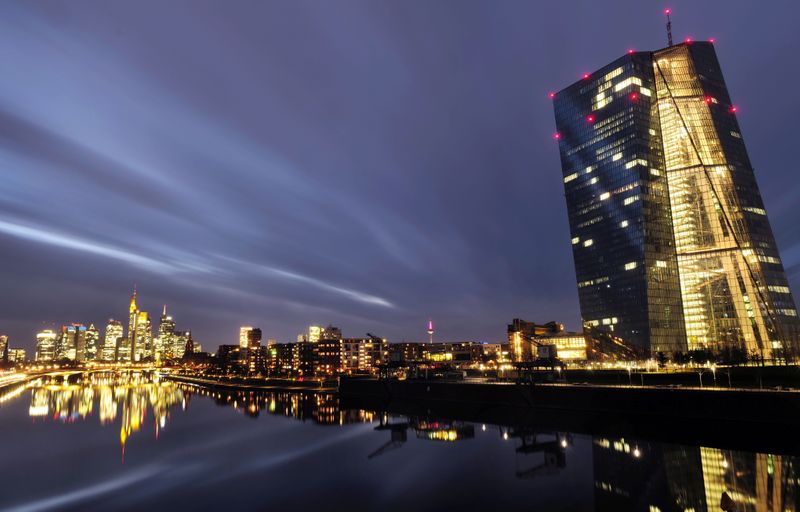 FILE PHOTO: The headquarters of European Central Bank (ECB) and the skyline with its financial district is photographed as the spread of the coronavirus disease (COVID-19) continues during an extended lockdown in Frankfurt, Germany, January 14, 2021. REUTERS/Kai Pfaffenbach

LONDON (Reuters) – Banks in the European Union became significantly more profitable in the first quarter of 2021 due to higher income from trading and as the burden of souring loans eased, the bloc’s banking watchdog said on Wednesday.

The European Banking Authority (EBA) said in its quarterly Risk Dashboard that banks’ return on equity, a key measure of profitability, rose to 7.6% in the first quarter from 1.9% in the year ending 2020, the highest since the watchdog began compiling its dashboard in 2014.

The rise was driven by contracting cost of risk, rising fees and commission, and income from trading, EBA said. The dashboard is based on a sample of 131 banks which represent 80% of the EU’s banking sector assets.