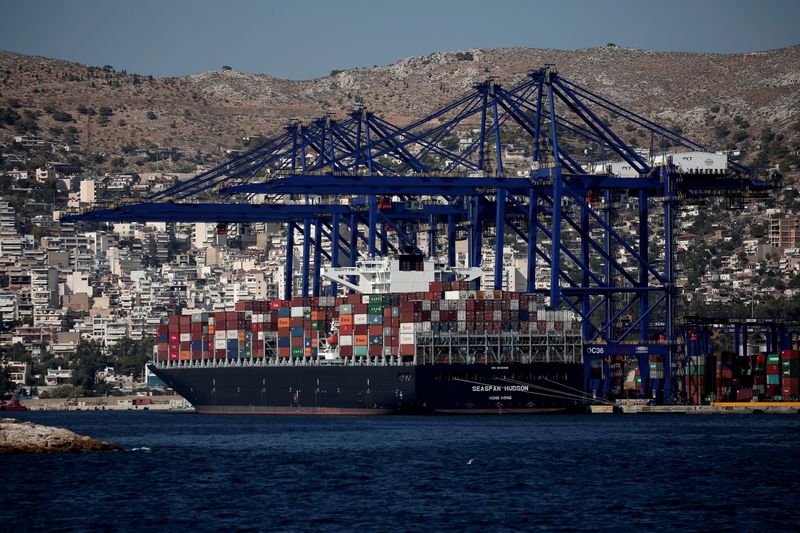 BRUSSELS (Reuters) -The European Union wants to overhaul its carbon market to cut planet-warming emissions faster and put a price on pollution from shipping, road transport and heating systems in buildings, according to a draft document seen by Reuters on Wednesday.

The bloc’s executive European Commission will next month propose the biggest revamp of its emissions trading system (ETS) since the policy launched in 2005. The ETS forces power plants, factories and airlines running European flights to buy CO2 permits, creating a financial incentive to pollute less.

The reforms are part of a package of EU policies Brussels will propose on July 14, designed to meet the EU’s target to cut emissions 55% by 2030, from 1990 levels. Most EU policies are designed to comply with an old climate target, so need updating.

A draft of the ETS proposal said the supply of CO2 permits in the ETS will face a one-off reduction. The amount of permits entering the EU carbon market each year will also decrease at a faster rate, starting the year after the reforms apply, the draft said, without specifying how quickly the cap will fall.

The proposal would strengthen the ETS “market stability reserve”, a mechanism designed to avoid a build-up of excess permits that could depress EU carbon prices.

The proposal could change before it is published. Member states and the European Parliament must negotiate the final reforms, a process that could take roughly two years.