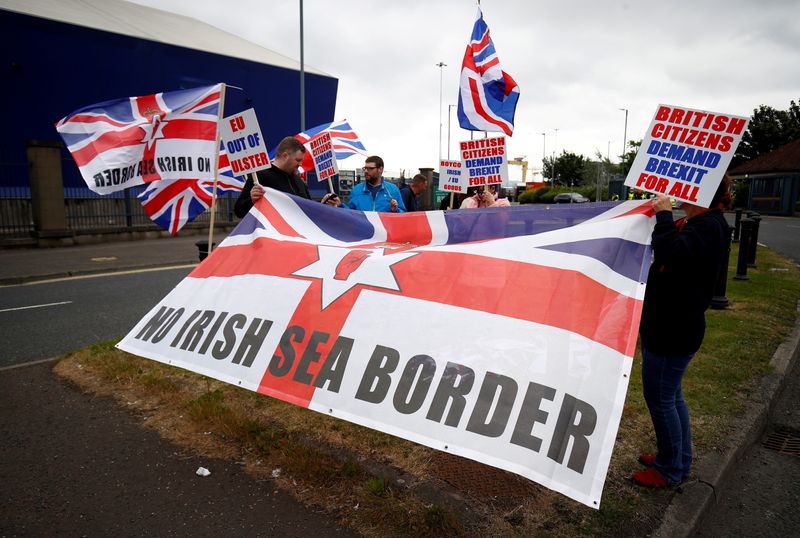 BRUSSELS (Reuters) – The European Commission said on Tuesday it would not move to the next step of its legal action against Britain for unilaterally changing trading arrangements for Northern Ireland, in response to Britain’s request for a “standstill”.

The Northern Ireland protocol was part of the Brexit settlement, backed by Prime Minister Boris Johnson, that finally sealed Britain’s divorce from the EU four years after voters backed leaving in a referendum.

Brexit minister David Frost told parliament on July 21 that London wanted to renegotiate the protocol and asked for a standstill period that would extend current grace periods on trade between Britain and Northern Ireland and freeze existing EU legal action.

The Commission rejected the idea of a renegotiation of the Brexit treaty, but on Tuesday agreed to freeze its legal action.

“With regards to the request for a standstill, the Commission will carefully assess the new proposals made by the UK, in accordance with the necessary consultation procedures, both internally, and with the European Parliament,” a Commission spokeswoman said.

“In order to provide the necessary space to reflect on these issues and find durable solutions to the implementation of the Protocol, we have decided, at this stage, not to move to the next stage of the infringement procedure, started in March,” the spokeswoman said.

Businesses in Northern Ireland say it is damaging trade, and some pro-British groups have protested at what they say is a weakening of ties with Britain, raising concerns about a return to the violence which plagued the province for three decades.