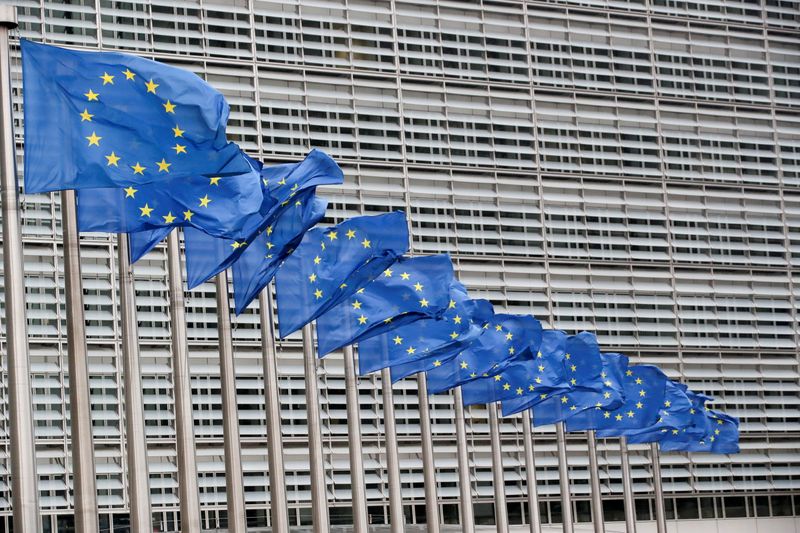 BRUSSELS (Reuters) -The European Commission listed serious concerns about the rule of law in Poland and Hungary in a report on Tuesday that could help decide whether they receive billions of euros in EU funds to help recover from the coronavirus pandemic.

The European Union’s executive arm also gave Poland until Aug. 16 to comply with a ruling by the top EU court last week, ignored by Warsaw, that Poland’s system for disciplining judges broke EU law and should be suspended.

If Poland does not comply, the commission would ask the EU court to impose financial sanctions on Warsaw, commission Vice President Vera Jourova told a news conference.

The commission had already raised many of the concerns in a report last year but they may now have real consequences as Brussels has made access to its recovery fund of grants and loans worth a total 800 billion euros conditional on observing the rule of law.

The commission said Poland and Hungary were undermining media pluralism and court independence. They are the only two countries in the 27-member bloc under formal EU investigation for jeopardising the rule of law.

“The Commission may take into account the Rule of Law report … when identifying and assessing breaches of the principles of the rule of law that affect the financial interests of the Union,” the commission said in a statement.

Polish government spokesman Piotr Muller said on Twitter the government would analyse documents from the commission regarding the need for compliance with EU court rulings.

Hungarian Justice Minister Judit Varga said on Facebook the commission was blackmailing Hungary because of a child protection law which won’t allow “LGBTQ-activists and any sexual propaganda into Hungarian kindergartens and schools”.

The EU executive has already delayed its approval on 7.2 billion euros for Hungary in an attempt to win rule of law concessions from Prime Minister Viktor Orban’s government and has not yet given the go-ahead for 23 billion euros in grants and 34 billion in cheap loans for Poland.

Jourova said she could not predict when money for Poland could be approved and noted Warsaw had first to convince the commission that it had a credible system of control and audit for spending EU money.

The report said Hungary had not followed the commission’s request to strengthen judicial independence and that its anti-corruption strategy was too limited in scope.

In a decade in power, Orban has partly used billions of euros of state and EU funds to build a loyal business elite which includes some family members and close friends.

The commission cited persistent shortcomings in Hungarian political party financing and risks of clientelism and nepotism in high-level public administration.

Significant amounts of state advertising go to media supporting the government, while independent outlets and journalists face obstruction and intimidation, it said.

The report also expressed concern over the influence of Poland’s nationalist ruling Law and Justice party (PiS) over the justice system.

It listed what it said were illegally made appointments and changes by PiS to the constitutional tribunal and other bodies, and Warsaw’s rejection of EU court rulings binding for every member state.

The commission noted that the prosecutor general, responsible for tracking down state corruption, was at the same time Poland’s justice minister and an active PiS politician.

Since last year, the professional environment for journalists in Poland has deteriorated because of “intimidating judicial proceedings, growing failure to protect journalists and violent actions during protests, including from police forces”, it said.

(Reporting by Jan StrupczewskiEditing by Gareth Jones and Nick Macfie)