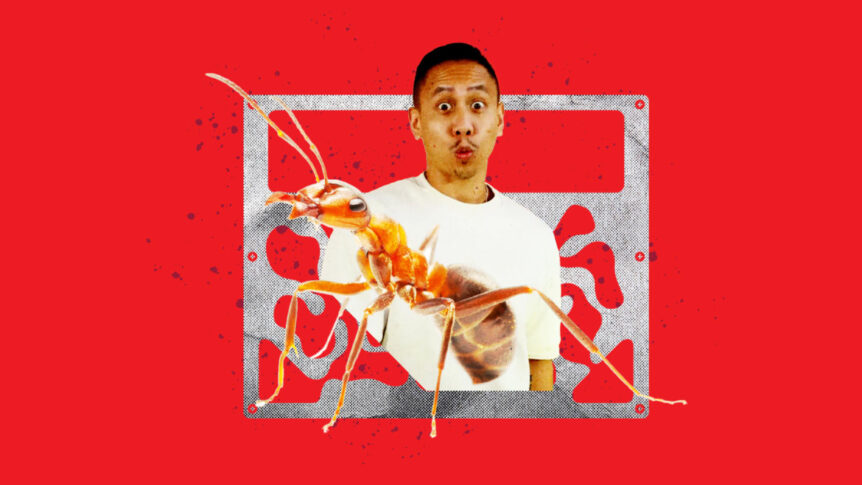 In a small test tube, the ant queen is at rest. Around her, worker ants are swarming. The colony is just days old and there’s only a handful, which means they have their work cut out for them. They have to tend to their mother, who has been busy laying the eggs that will become these workers’ sisters. Some of those eggs have already hatched into larvae, resembling tiny maggots, or grown into pupae (which look like slightly larger maggots). This is the last stage before they, too, join the workforce.

Eight of them are crowding around a small dab of honey, hungrily sucking it up and then dashing it off to regurgitate it into their colleagues’ mouths. One feeds the goo to a larva. Once she’s done, she scurries away and a faint golden glow can be seen in the larva’s stomach through its transparent skin.