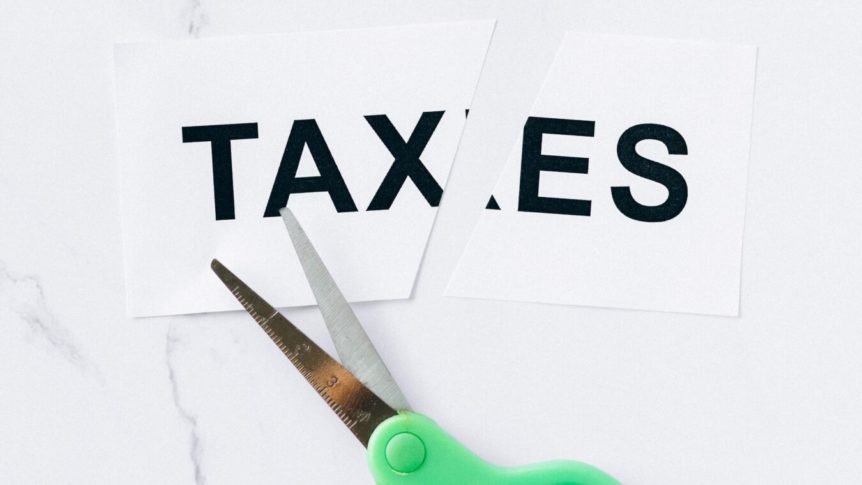 It happens on the first Tuesday of every month. Bidders gather at the west entrance steps of the Smith County Courthouse, looking for bargains. At 10 a.m., the sales commence—properties are auctioned off to pay the taxes owed on them. Some are vacant lots and some are homes. All were seized from their owners over delinquent property taxes.

This happens throughout Texas, and it’s big business. What it shows is that with property taxes hanging over them, every property owner in Texas is really just a renter. If they fall behind on taxes, they can lose what they worked so hard for.

But Texas lawmakers now have an opportunity to ease the burden on property owners—our plan would cut property taxes nearly in half over time, by eliminating school district maintenance and operations (M&O) taxes. We get there by holding down spending growth and using surplus taxpayer dollars at the state level to buy down those school district M&O property taxes over time.

Under this buydown approach, every tax dollar not spent by the state will produce a property tax cut for Texans. Following our plan would let the Texas Legislature keep its pledge to taxpayers by actually lowering property tax bills—something missing in most other plans.

School district M&O property tax is estimated to collect about $56 billion in 2020-21, making up nearly half of the hefty property tax burden Texans face. Putting this money back into the pockets of Texas families is the right thing to do.

In the regular session of the 87th Legislature, lawmakers passed another Conservative Texas Budget and put most of our formula into law. This stronger spending limit restricts growth of much of the state’s budget to the rate of population-times-inflation (6.38% biennially since 2012), a formula that helps ensure the budget doesn’t grow faster than the average Texan’s ability to pay for it.

Yet because state revenues have grown at a higher rate (9.02% biennially since 2012), we’re looking at a steady surplus in the state’s coffers. That surplus can be used to eliminate school district M&O property taxes over time. How? By increasing the state’s share of educating spending, gradually replacing the M&O property tax burden.

School districts will have to do their part; they’ll need to lower their tax rates each year to match increased state funding, as well as keep their spending in check (they’re already limited to growth of no more than 2.5% per year without the okay of taxpayers).

If these revenue and spending growth rates hold, Texas could eliminate school district M&O property taxes in 20 years. What would that mean to Texas families? Their property tax burden would be cut from today’s high of about 2.3% of their home’s value to about 1.3%.

This buydown process could be started now by using most or all the Texas Comptroller’s expected $7.85 billion in surplus for the 2022-23 biennium and by passing a bill such as HB 122 during a special session, as soon as Democrats who left Austin return. To lower Texans’ property tax bills soon, at least $5 billion of the surplus should go to buy down school district M&O property taxes.

Lower-income families would benefit most from our plan, because a higher percentage of their incomes go to pay property taxes (that’s true even if they’re renters). Property taxes are beyond our control, unlike sales taxes. We can control what we buy, but our tax rates and taxable property values are set by others.

Our “Lower Taxes, Better Texas” plan would let Texans keep more of their own hard-earned money—and in many cases, their homes. The American dream of home ownership shouldn’t end on the courthouse steps.