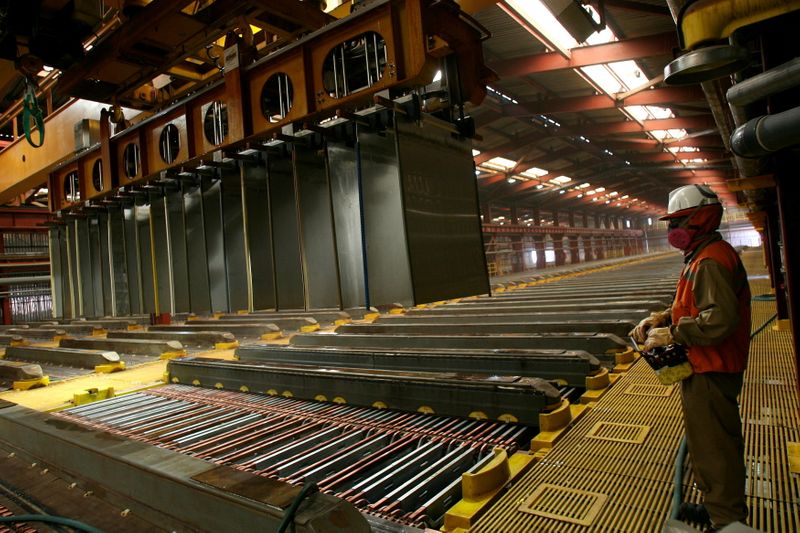 SANTIAGO (Reuters) -Labor contract negotiation at Chile’s Escondida mine, the world’s largest copper deposit, entered into a critical phase on Monday with the delivery of a final offer by operator BHP, according to an internal memo sent by the company to workers and seen by Reuters.

Negotiations over the past two months between the company and its powerful workers’ union over a new labor contract have been conducted in utmost secrecy, against a backdrop of record high metal prices amid expectations of a gradual global recovery from the coronavirus pandemic.

The outcome of the talks is awaited anxiously by the market because of their benchmark status for the industry and an earlier threat by the union of a strike that would constrict already tight global copper supplies and send prices still higher.

“The offer that the company proposes improves on the current contract and incorporates new benefits in areas highly valued by workers, such as performance bonuses, health and well-being packages and career development opportunities, among others,” BHP’s statement read.

Neither the company nor the union responded to requests for comment on the progress of the talks.

BHP said in its communique that the proposal represented its “final offer.”

As per local legislation, the union has to submit any offer by the company to a vote by its more than 2,300 members before the present offer expires on Aug. 1.

In most local contract negotiations in the sector, the final offer by companies is rejected pending further government-mediated talks of five to 10 days’ duration. After that, if no agreement is reached, workers are within their legal rights to strike.

Before negotiations started this year, the union leadership told Reuters it would enter discussions with an open mind and disposition to dialogue, but warned that if BHP did not do the same, it had the solid base, funds and experience to lead its members into a strike equivalent to or longer than the one in 2017.