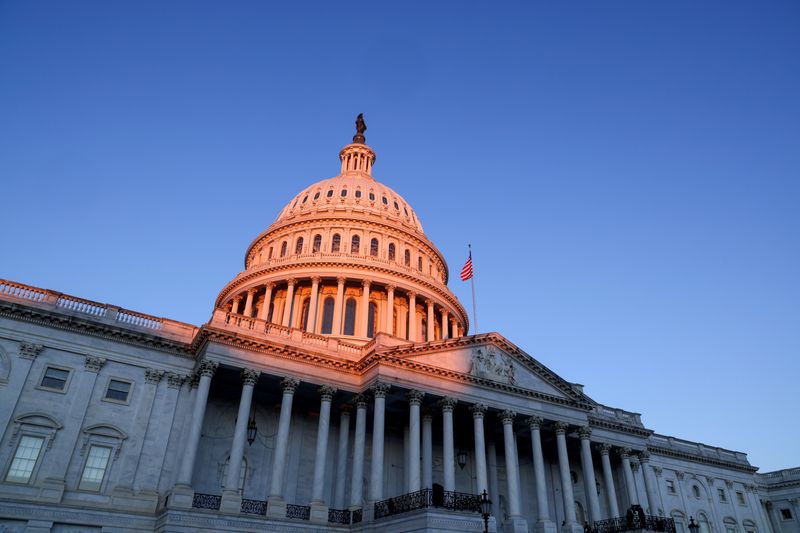 By Jarrett Renshaw and Susan Cornwell

WASHINGTON (Reuters) -Democrats are threatening to scrap plans to create an infrastructure bank in the $1.2 trillion bipartisan spending bill after Republicans opposed a provision intended to lift workers’ wages, according to three people familiar with the discussions.

A decision to remove funding for the bank would be aimed at resolving a logjam over U.S. President Joe Biden’s top legislative initiative, as lawmakers scramble to finalize key details of the plan ahead of the Senate’s typical August recess.

The group of bipartisan lawmakers seeking to hammer out Biden’s infrastructure bill want to include $20 billion for a newly created infrastructure bank that would attract investment through private-public partnerships.

But Republicans will not agree to the funding unless the bill is stripped of requirements to follow the Davis-Bacon Act, a decades-old law requiring contractors to pay prevailing wages, typically higher levels secured by unions.

The $20 billion in funding would attract significantly more from the private sector and could be used to pay for green energy projects, such as wind and solar, that the administration is counting on to help curb climate change and meet Biden’s net-zero carbon targets.

While most of the bipartisan spending bill would come under the Davis-Bacon Act, Republicans are reluctant to make wage laws apply to private companies, even when they are relying on public financing.

If the funding falls out of the bipartisan infrastructure bill, Democrats could add it back in to their multi-trillion spending package that they hope to pass later along party lines. But the lengthy negotiations are also drawing consternation from progressive Democrats who worry that key policies are being jettisoned or watered down.

Lawmakers are hoping to hold a procedural vote as soon as Monday that will allow the bipartisan bill to move forward. Other key issues remain unresolved heading into the weekend, including a disagreement over how much funding would be allocated to public transit.