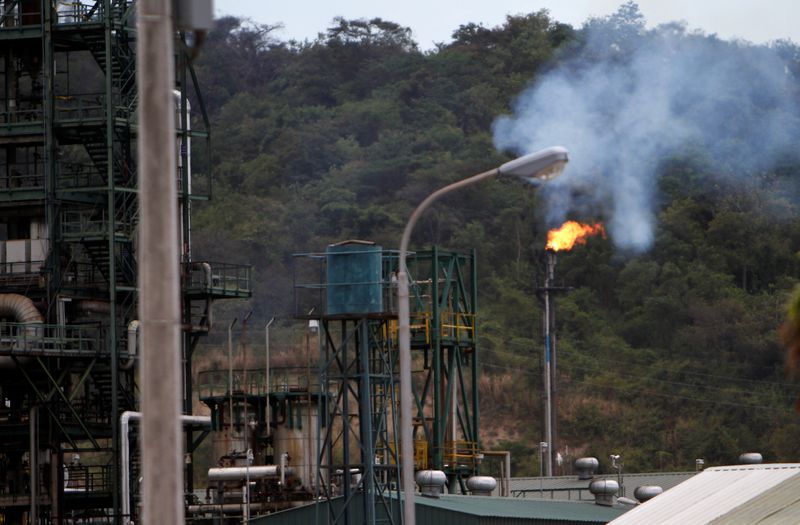 ESMERALDAS, Ecuador (Reuters) – Ecuador for the first time on Monday exported a cargo of one of its flagship crudes, Oriente, aboard a very large crude carrier (VLCC), following an upgrade to a terminal that the South American country hopes will help it boost exports to Asia.

The shipment of 1.08 million barrels of Oriente aboard the Panama-flagged Gem No. 2 vessel was made possible due to the construction of an extension of state oil company Petroecuador’s SOTE pipeline from the Balao port to the nearby Punta Gorda terminal, which is operated by privately-held consortium OCP Ecuador.

Balao is Ecuador’s main oil port, but unlike Punta Gorda, is unable to receive VLCCs, which are capable of transporting up to 2 million barrels of crude. That meant Petroecuador’s customers had to load medium-grade Oriente crude in several parcels aboard smaller tankers.

Ecuador is hoping the new interconnection will lower its customers’ logistics costs and enable them to load both Oriente and the heavier Napo grades in a single shipment, making the country’s oil more competitive as President Guillermo Lasso seeks to boost crude output to revive a struggling economy.

The Gem No. 2 also loaded some 700,000 barrels of Napo crude. Both parcels were purchased by Petrochina, which earlier this month won a tender to buy some 2.16 million barrels of Ecuadorian crude from Punta Gorda and Balao.

Petrochina agreed to pay a $2 per barrel premium over the indexed price of Oriente crude for the portion exported via Punta Gorda, Petroecuador said.