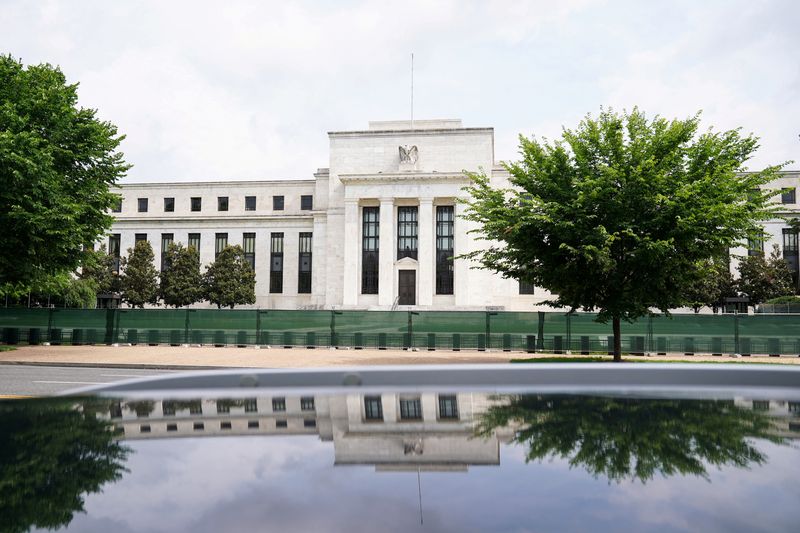 NEW YORK (Reuters) – The Federal Reserve on Wednesday raised interest rates by three-quarters of a percentage point as it continued to battle the worst outbreak of inflation in 40 years, but signaled future increases in borrowing costs could be made in smaller steps to account for the “cumulative tightening of monetary policy” it has enacted so far.

The policy decision set the target federal funds rate in a range between 3.75% and 4.00%, the highest since early 2008. The U.S. central bank has raised rates at its last six meetings beginning in March, marking the fastest round of rate increases since former Fed Chair Paul Volcker’s fight to control inflation in the 1970s and 1980s.

FOREX: The euro extended 0.67% higher as the dollar slipped

“The statement and the market’s reaction indicate that the Fed remains serious about combating inflation and is doing the right thing to get there. … There were some feelings they might only raise 50 basis points. Investors are glad that the Fed is attacking inflation and being aggressive about it.”

“The Fed is finally acknowledging that they’ve already done a lot and it might be prudent to slow the pace of hikes. You can’t keep popping pills until you feel better. Sometimes you have to wait for the medicine to take effect.”

“Certainly, the idea of returning inflation to normal is still the Fed’s full objective, but the interest rate increases over time are starting to take a cumulative effect and the Fed will likely view its future actions on monetary policy through the lens of the cumulative effect of the rate hikes.”

“That means it’s likely we may start to see smaller increases at future FOMC meetings to fine-tune policy instead if these axe swings at inflation, the 75 basis point increases. They my start to whittle away at a more measured pace at future meetings.”

“As much as investors were made to read the tea leaves in the past, (Fed Chairman) Jerome Powell has been fairly transparent about the Fed’s intentions all year. If he says ‘were going to look at the cumulative effects’, that’s what they’ll do, and they will be more data dependent.

“The last thing we need to see regarding what the Fed will do in the short run is the election. If there’s a sense that fiscal policy will be more cooperative with monetary policy, it will make the Fed’s job easier.”