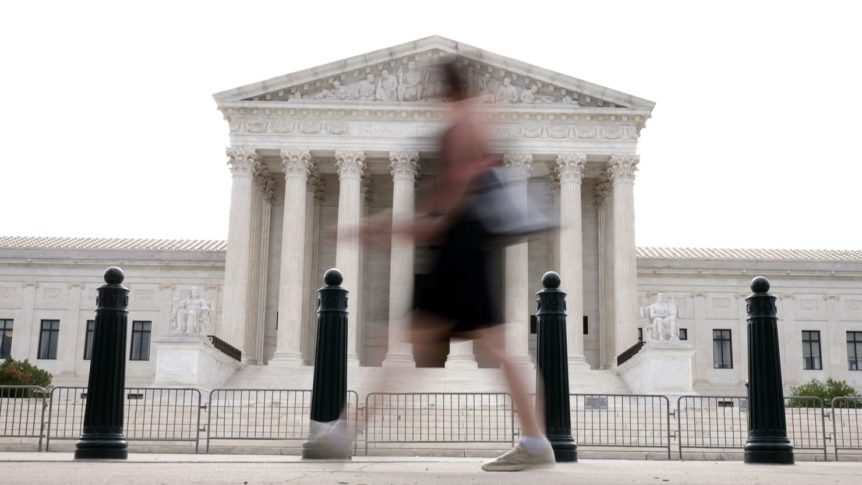 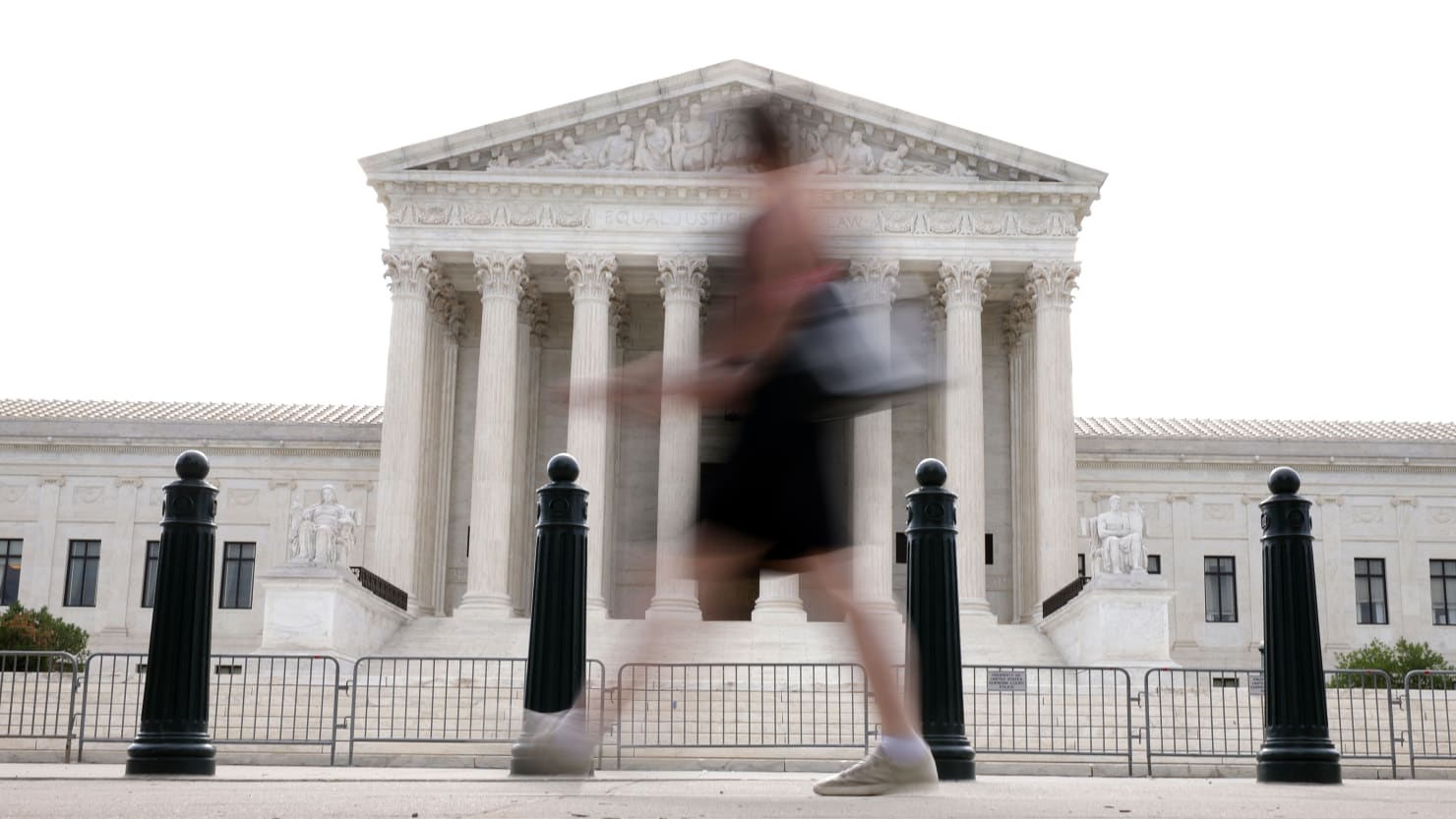 It was still a struggle for me to find female role models in law school. My Feminist Jurisprudence teacher had shaggy gray hair and shopped exclusively in the “men’s section of Eddie Bauer,” she proudly announced early in the semester. Somehow, she was not a lesbian. The most popular female professors—like Nicole Porter—affected a masculine persona. They spoke algorithmically, wore suits designed to conceal the fact that they had female bodies, and haughtily referenced their clerkships with current SCOTUS justices every twelve seconds. They seemed to favor men, found nothing worth noticing in me, or any female classmate who didn’t fit within their narrow vision of womanhood.

I didn’t want to be anything like these women. The only professors I actually thought were cool were pointedly not professors. They were the legal writing instructors, also known as the “mommy instructors,” because they all were women and most seemed to have kids. Everyone knew that they were paid the least, despite the fact that legal writing is by far the most relevant class to actually practicing law.

But in Feminist Jurisprudence, I was finally introduced to a legal scholar I admired: Catharine MacKinnon, the radical queen of feminist legal theory. MacKinnon—or “Kitty,” as loved ones call her—has cold blue eyes, impeccable style, scathing opinions, and an iconic striped haircut that would make Susan Sontag jealous. Think of her as the Anna Wintour of the law. She is famous for her pioneering work in the areas of workplace sexual harassment and pornography laws, as well as for her incendiary public statements.

In 1975, while she was a law student at Yale, Kitty learned of an administrative assistant at Cornell who was refused a transfer when she complained about her supervisor’s sexual advances. Then, when this administrative assistant resigned, she was denied employment benefits. Inspired by this account and others, Kitty began drafting her watershed book, Sexual Harassment of Work­ing Women, which helped persuade the American judiciary that sexual harassment constituted a form of sex-based discrimina­tion. Specifically, she argued that working women were sexually harassed because they were women, which made sexual harassment a form of gender-based discrimination.

Later, Kitty crusaded against pornography, calling it a civil rights violation. Along with her colleague Andrea Dworkin, Kitty argued that pornography should be actionable under the Fourteenth Amendment because of its explicit subordination of women, which in turn defines the treatment and status of half the population.

But it wasn’t just her work I was taken with; I was equally interested in Kitty’s public persona. As the Chicago Tribune put it in 1999, “During her 25 years in the public eye, Catharine MacKinnon has hardly been a stranger to controversy.” She’s put herself at the center of a number of incendiary debates. She has argued rape laws are written to protect perpetrators rather than victims. She was the first to convince the Supreme Court that sexual harassment constitutes discrimination on the basis of sex. She’s outspoken and ruthless and a convenient target for conservatives eager to dismiss feminism, who associate her with the quote “All sex is rape,” even though she never said that. (But she has argued that all sex occurs within the context of gender inequality.)

Back in 1993, Kitty seriously dated a “repentant womanizer” named Jeffrey Masson. A psychoanalyst, Masson sued the New Yorker for $13 million after Janet Malcolm detailed his promiscu­ous past. Of note, he claimed to have slept with over a thousand women. Although their relationship didn’t last, Masson appar­ently adored Kitty. As he told New York magazine, “She just sits and thinks deep thoughts. She is the greatest mind at work in the world today… Hearing her lecture often makes me cry. I am immensely privileged to be living with her. It is like living with God!”

After reading Kitty, I began to identify as a feminist. This doesn’t mean I started protesting or anything. I didn’t join any clubs or sign any petitions. I didn’t buy any merch. But I started thinking about gender all the time.

“The men didn’t operate under the dual expectation to be competitive and friendly, high-achieving and put-together. ”

I thought back to how I had made friends more easily with men in the beginning of law school. The men were less threatening because they didn’t need to be threatening. They had taken a standardized test designed for them, scored well, and were entering a profession for them by them. They didn’t operate under the dual expectation to be competitive and friendly, high-achieving and put-together. They could be nice to people without worrying someone would read it as an invitation for sex—or worse—emotional labor.

Law school was always reminding us that men were superior. We were all tested on a case, which has since been overruled but which floats into my mind regularly, that deemed women “unfit” to practice law because of the “natural and proper timidity and delicacy which belongs to the female sex” (Bradwell v. Illinois [1873]).

One of my law school friends transitioned a few years after graduation. She therefore has had the unique experience of pre­senting both as a man and as a woman in legal settings. She said recently that a male supervisor told her she wasn’t “aggressive enough”—something she’d never been accused of professionally when she presented as a man.

I’ll never forget an experience I had in family court during my postgraduate clerkship, when I watched a woman fight for custody of her children. The woman was understandably emotional, crying and frazzled, as she tried to convey her points. Her ex-husband, by contrast, was cool and collected. He pre­sented the way lawyers are trained to behave in a courtroom, the way judges respond to and respect: as if he’s never experienced an emotion in his life.

The judge I was working with that day, a woman, called me into her chambers. “She’s lying,” she said about the woman, who’d painted a vivid picture of an abusive and absent father while begging for full custody of her children.

“She’s using those tears to manipulate me and I’m not falling for it,” she said, before strutting back to the bench.

In law school, we aren’t taught to understand people, their emotional experiences, or how structural inequality impacts their actions. Rather, we are taught to imagine the world in a vacuum, where everyone is rational and unemotional, and humans exist on a level playing field. The reasonable man standard. Rufi Thorpe explains this phenomenon well in her 2020 novel, The Knockout Queen. It is unsurprising that the most ac­curate explanations of the criminal justice system I’ve read have come from novels, which capture the nuance of human darkness better than any logical, rule-based system can.

In one scene, the protagonist, Michael, sits in the courtroom awaiting his friend’s arraignment. He has just watched a murder defendant, who was stood up by his lawyer, crying “against his will” in front of the judge. Michael observes:

The judge did not have any tenderness or even any in­clination toward civility for this young man. The fact that we would all be crying if our lawyer bailed on us during a hearing when we were accused of murder was not of consequence… What was important to the judge was that the defendant maintain the decorum of the courtroom. That he controlled himself. Control was the matrix, was the soil, in which any kind of justice or rationality could grow, and if you did not carefully and rigorously maintain the atmosphere of control, then you would have no hope of clarity in anything.

And of course, there is a gendered dimension to who main­tains control.

Today, my female friends in Big Law complain that they are asked to do clerical work while their male counterparts litigate and draft contracts. They’re expected to be the office care­givers and party planners, in addition to practicing law. They’re paid less and expected to look better. Just imagine a female partner. She’s impeccable. Not necessarily fashionable, but she’s perfectly manicured—nary a snaggle in her tights or a frizz in her hair—and she’s attentive and agreeable in social settings. Meanwhile, her male counterpart is sloppy and unkempt, telling the same self-aggrandizing story over and over again to whoever will listen.

“I felt compelled to tell every single person that I was let into Berkeley off the waitlist because, like many other female achiev­ers, I suffered imposter syndrome”

I’ve often been called: mean, icy, a bitch. Looking back at my time in law, my resting cunt face was more of a defense mechanism than a snub. It was a way to avoid being sidetracked from my goals into needless emotional labor. I didn’t have the energy to be a caretaker and a striver. Something had to give.

What I previously saw as character flaws unique to me were actually imposed on me, and all women, by the patriarchy. I spoke softly and without certainty because I’d been conditioned to be quiet and unsure of an opinion that didn’t come from a man. In writing essays, I relied heavily on quotations for the same reason—I’d been taught to defer to the voices of others. I felt compelled to tell every single person that I was let into Berkeley off the waitlist because, like many other female achiev­ers, I suffered imposter syndrome—meaning, I didn’t think I deserved to be at such a prestigious institution.

In 3L, my last year in law school, I also started learning about my sexuality.

My boyfriend Charlie gave me a book for my birthday in 2L year called How to Be More Confident. I was livid. He was a nerdy white man who had gone to Harvard. He didn’t under­stand the impossible standards high-achieving women were up against, how confidence could be misconstrued as bitchiness, how anything smart-sounding must be served with a side of self-deprecation to avoid alienating people.

“I’m not confident because I have received a lot of confusing messages!” I screamed.

Excerpted from Bad Lawyer: A Memoir of Law and Disorder by Anna Dorn. Copyright © 2021. Available from Hachette Books, an imprint of Hachette Book Group, Inc.

Anna Dorn is the author of Bad Lawyer: a Memoir of Law and Disorder. She is an LGBTQ+ author and former criminal defense attorney turned parental disappointment after she left the family legacy of practicing law. Dorn has written about culture for LA Review of Books, The Hairpin, Vice Magazine, and the American University Law Review. Anna has a JD from UC Berkeley Law School, an MFA from Antioch University, and a BA from UNC-Chapel Hill. Her first novel VagaBlonde was published in May 2020.