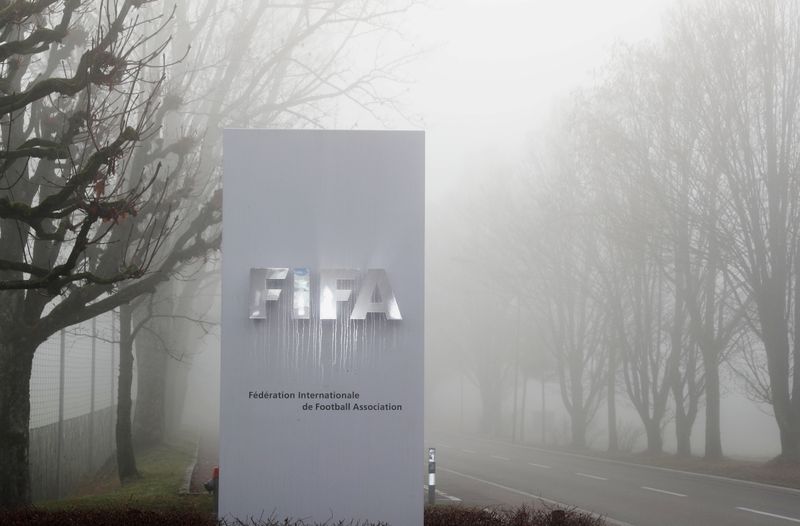 FILE PHOTO: FIFA’s logo is seen in front of its headquarters during a foggy autumn day in Zurich, Switzerland November 18, 2020. REUTERS/Arnd Wiegmann/File Photo

Caproni said that even absent a formal “meeting of the minds” there were “obvious rational reasons” for U.S. Soccer to honor the ban, including the prospect that FIFA might otherwise exclude U.S. men’s soccer players and teams from the World Cup.

“In short, plaintiff’s amended complaint is devoid of any factual allegations to support the inference that the defendants in this case agreed with anyone, let alone with all 210 other National Associations and countless leagues and teams, to do anything, including to adhere to the policy,” Caproni wrote.

Relevent, which organizes the International Champions Cup, wanted to arrange regular season games in the United States from leagues such as Spain’s La Liga, its partner in a joint venture.

Some European and South American teams play “friendly” matches in the United States, but not regular season matches.

Caproni gave Relevent until July 30 to decide whether it wants to arbitrate a separate claim against U.S. Soccer for interfering with its business.