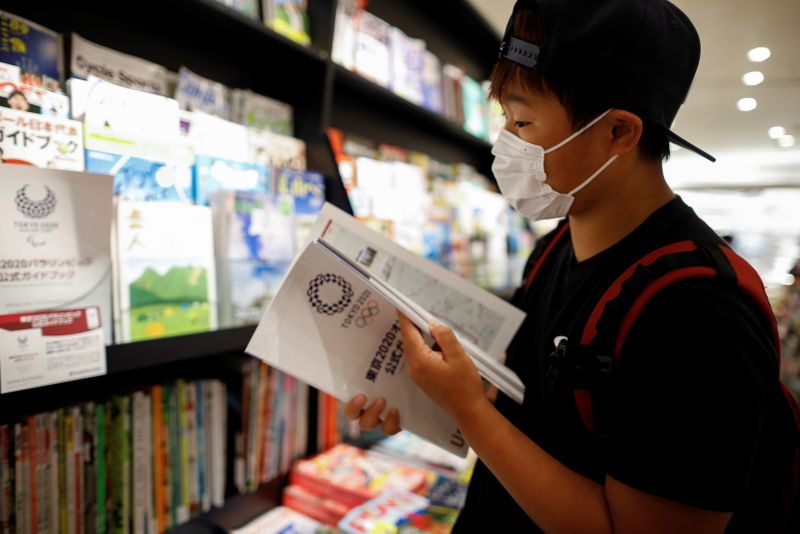 TOCHIGI, Japan (Reuters) – So Sato, a transgender pole vaulter, expects to represent Japan at the Deaflympics next year in Brazil. But for now, he’s closely watching Tokyo 2020, where transgender athletes will compete in the Olympic Games for the first time.

Sato, 25, sees the inclusion of New Zealand transgender weightlifter Lauren Hubbard in the Olympics as bringing hope to young people struggling with their identity, something he also aspires to do.

“When I was younger, there was information on being deaf or transgender, but I couldn’t find a lot on that crossover,” Sato, who was born deaf, told Reuters through a sign language translator.

“I hope that younger people who have similar struggles can see me and feel safer in the fact that I’m managing okay. True, there are difficulties, but there’s nothing unfortunate at all about being both deaf and transgender,” he said.

Sato first questioned his gender identity at 13 and gradually began to identify as a male while in his teens.

When he was in high school, he was introduced to pole vaulting by a teacher and was soon hooked by the thrill and liberation of soaring above the ground.

By the time he started university he took on the masculine name “So” and came out as transgender.

He had his breasts removed at 22 but has not transitioned or had hormone therapy. Although he identifies as male, he is legally a woman and competes in women’s competition.

Competing as a man would require transitioning and hormone therapy and would bring other complications, he said.

“I get mixed feelings about it. It just doesn’t feel right to me,” he said. “If I win in the men’s category, I imagine people will say that I won because I’m taking hormones.”

On a sunny day in mid-July, Sato hurtled through the air at a training stadium where he is preparing for his third Deaflympics. During breaks he shared tips with other athletes, at times breaking into laughter.

Sato won silver in his first Deaflympics in 2013, a year after picking up the sport. He came home empty-handed in 2017 and is hoping for gold next year, after the event, like the Olympics, was also delayed by a year.

Sato won’t be competing at Tokyo 2020 as deaf athletes typically don’t compete in the Paralympics, but he hopes the upcoming Games will help bring social change.

The selection of weightlifter Hubbard in the Tokyo Games has reignited a debate over inclusion and fairness in sport. The 43-year-old Kiwi competed in men’s competitions before transitioning in 2013.

In Japan, there had been calls on the government to pass an LGBT+ equality law ahead of the Games to keep the promise of making increased diversity one of the legacies of the Olympics.

A bill was shelved in June due to strong opposition among conservative lawmakers.

“I hope that Japan can become a bit more inclusive for all sorts of minorities with the help of the Olympics,” Sato said.

“Although I wish we didn’t have to rely at all on the Olympics for that change.”