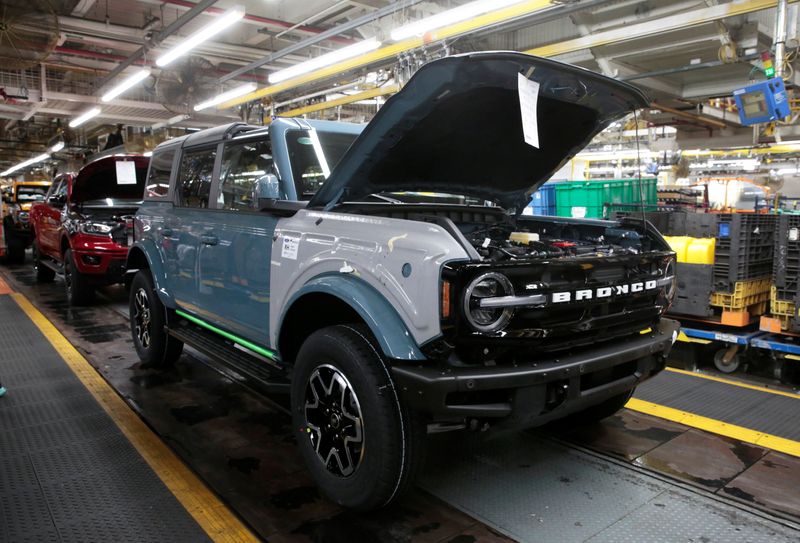 The No. 2 U.S. automaker raised its expectation for full-year operating profit by about $3.5 billion, to between $9 billion and $10 billion.

Ford estimated a roughly 30% increase in its vehicle volume from the first to the second half of the year. However, it said it also expected higher commodity costs, investments in the company’s “Ford+” plan and lower earnings by Ford Credit, leading to lower operating profit in the second half.

The company reported an operating profit of $1.1 billion, and boosted its full-year forecast for adjusted earnings before interest and taxes to between $9 billion and $10 billion.

Net income dropped to $561 million from $1.1 billion in the year-ago quarter.

(Reporting by Ben Klayman and Paul Lienert in Detroit; Editing by Leslie Adler and Richard Chang)