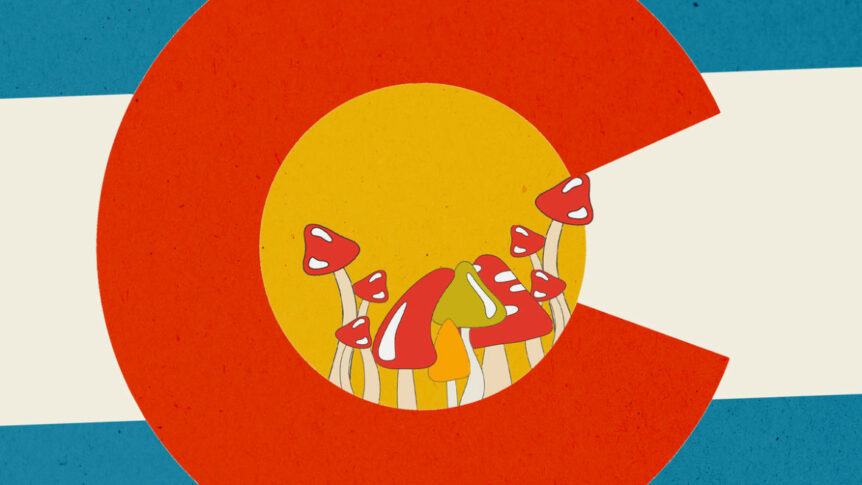 Since Colorado led the charge toward legalizing weed in the United States a decade ago, the phenomenon has spawned a massive tourist industry—and inspired panicky backlash.

Colorado in 2022 is marked by an abundance of pot shops offering all varieties of high-potency products, from traditional dried weed flower to edible gummies, chocolates, cookies, and sodas, as well as topical balms, epidermal patches, and even cannabinoid suppositories. A slew of businesses have popped up to target tourists who visit for a weekend engulfed in weed, perhaps catching a show at the famous Red Rocks amphitheater, or visiting cannabis-themed locations while toking-up on any of numerous “cannabis tours.” Eight years after New York Times columnist Maureen Dowd’s notorious edible-induced meltdown, the weed industry in Colorado is massively profitable, with $2.2 billion in sales last year.

Enter Initiative 58, a proposal on the ballot this fall that would legalize psilocybin, the key ingredient in magic mushrooms and—depending on who you ask—either open the doors to science-backed therapy or spawn a generation of shroom- and weed-crazed youth.