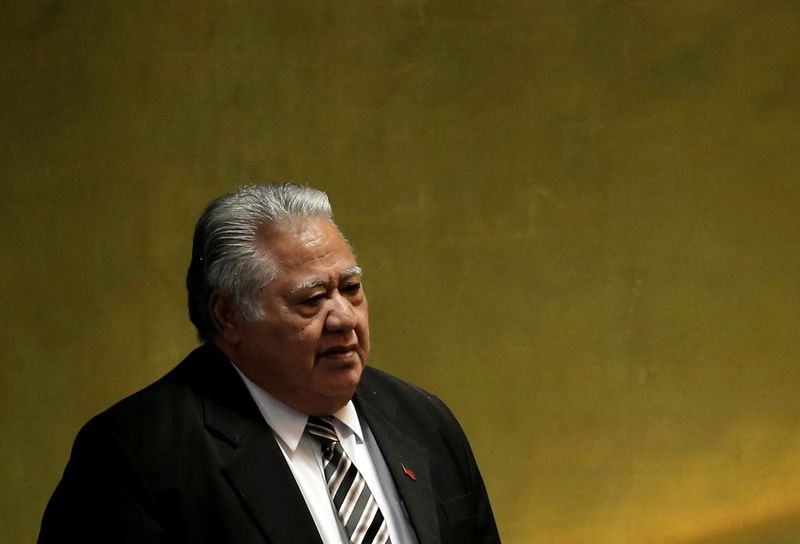 CANBERRA (Reuters) – The former prime minister of Samoa has conceded defeat in elections held in April, Radio New Zealand reported on Monday, in a move that would bring to an end months of political instability.

Samoa descended into chaos earlier this year after then Prime Minister Tuilaepa Sailele Malielegaoi, refused to give way after losing a parliamentary election in April that would have ended his 22 years in power.

While it had not been immediately clear whether Tuilaepa would abide by the ruling, Radio New Zealand reported that he had now conceded defeat.

The reported concession comes amid regional pressure to honour the court ruling, including from Australia’s Prime Minister Scott Morrison.

Mataafa said on Saturday her government would formally take office on Tuesday.