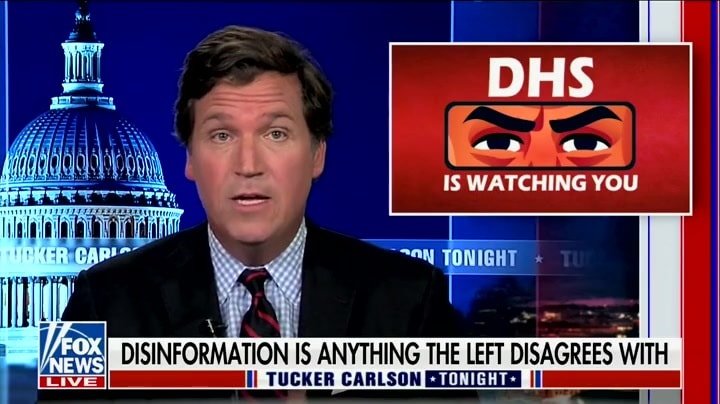 Fox News hosts were up in arms on Thursday over the Department of Homeland Security’s announcement of a newly formed Disinformation Governance Board.

The board will address disinformation and misinformation surrounding migrants and the southern border wall, Russia’s war on Ukraine, and COVID-19 vaccines, among other things, DHS says. Or, as Tucker Carlson characterized it, referencing George Orwell’s 1984, the “Ministry of Truth” will be “giving law enforcement power to punish people who think the wrong things.”

Such rhetoric was plentiful throughout the primetime hours. President Joe Biden “needs to make certain that nobody else can talk because if you were to hear the truth, you might not obey,” Carlson ranted while a chyron blared: “Disinformation Is Anything The Left Disagrees With.”