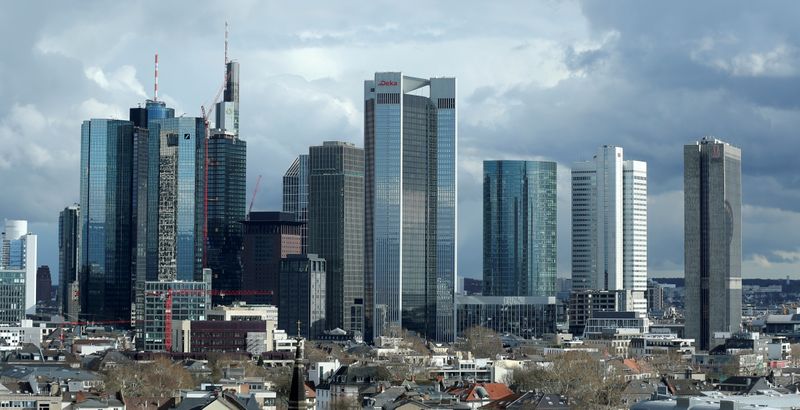 FRANKFURT (Reuters) – Banking jobs in the German financial capital of Frankfurt are on the decline despite a boost from Brexit, according to a study by German lender Helaba.

Headcount at the city’s financial insitutions will drop 5% by the end of 2023 to around 62,200 people, a result of cost-cutting measures, Helaba predicts. That is 3,300 people fewer than last autumn.

Financial jobs in the city have generally been on the rise since 2014 amid greater demand for staff overseeing compliance and regulation at banks, and as Britain’s withdrawal from the European Union lured jobs from London.

Helaba expects 1,500 new Brexit-related jobs for Frankfurt this year and next, on top of 2,000 such jobs already created in 2020 and earlier.

Frankfurt is home to Deutsche Bank, Commerzbank and the European Central Bank as well as the European headquarters for scores of non-German banks.

Frankfurt has been dubbed Bankfurt or Mainhattan, after the river Main that the city straddles.