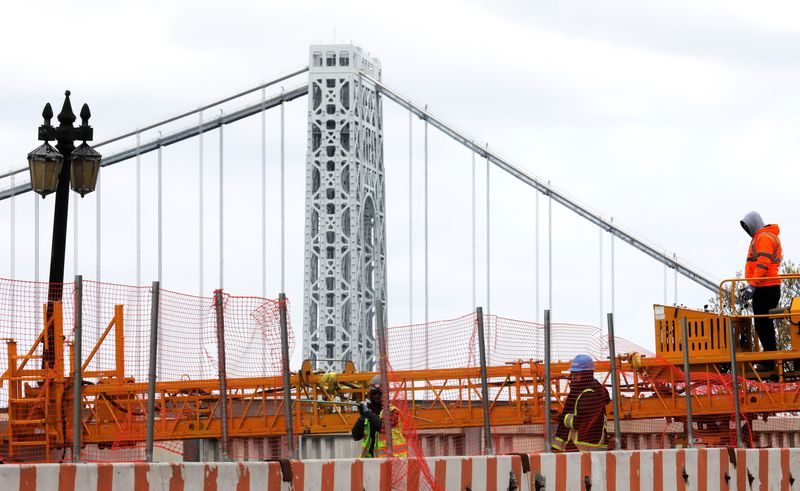 By Susan Cornwell and David Shepardson

The chamber’s top Democrat, Chuck Schumer, said that the Senate may work through the coming weekend and into its scheduled August recess if needed to craft a deal.

“We have reached a critical moment,” Schumer said. “The bipartisan group of senators has had nearly five weeks of negotiations since they first announced an agreement with President Biden. It’s time for everyone to get to ‘yes’ and produce an outcome for the American people.”

Senators from both parties worked over the weekend to try to finish the deal so that Schumer could try again as early as Monday to start the floor debate in the chamber narrowly controlled by Biden’s fellow Democrats. Republicans blocked https://www.reuters.com/world/us/work-in-progress-us-infrastructure-bill-faces-test-senate-floor-2021-07-21 Schumer’s effort to begin floor action last week, saying they lacked the details of the proposal.

At the White House, Biden told reporters, “I’m always optimistic” about the bipartisan infrastructure framework. The legislation is a paramount priority for Biden, who has seen parts of his legislative agenda stalled by Republican opposition in Congress.

A finalized agreement was looking less likely by Monday afternoon. Democrats and the White House made an offer on Sunday night, but the office of one of the leading Republican negotiators, Senator Mitt Romney, reacted in unusually irate tones to a Democratic source’s statement that Romney had reneged on a deal on water infrastructure project funding.

“This is laughably false,” Romney’s office said in a statement. “As the White House’s own website shows, the deal on water was for $55 billion in new spending. After days of radio silence, Schumer now wants $70 billion. This is a direct violation of the bipartisan agreement.”

A Republican aide said, however, that the differences over water infrastructure should not be hard to resolve.

“We’re very eager to get to ‘yes,’” said the aide, speaking on condition of anonymity.

The framework the senators and Biden announced a month ago, with $1.2 trillion in funding over five years, includes about $579 billion in new spending on roads, bridges, broadband and other public works projects intended to help revamp America’s aging infrastructure.

Biden has called the plan essential. He also wants it to be followed by a much larger $3.5 trillion budget framework that would allow for spending on some of his other priorities, including climate measures and social spending. Republicans have said they will not support the larger measure.

The Democratic-led House of Representatives on July 1 passed its own version https://www.reuters.com/world/us/us-house-approves-715-bln-infrastructure-bill-2021-07-01 of transportation and water infrastructure legislation.

The offer that Democrats sent on Sunday shows that the sides remain divided on a number of issues, including transit funding. A document seen by Reuters shows Democrats offered to reduce transit spending authorization to $69.9 billion over five years down from previous offer of $73.9 billion.

The document also shows continuing partisan disagreement about whether to include a provision to lift workers’ wages https://www.reuters.com/world/us/exclusive-democrats-may-scrap-20-bln-matching-funding-spending-bill-amid-2021-07-23 in various parts of the bill, and debate over how to allocate $7.5 billion for cleaner school buses and ferries as well as $65 billion for broadband internet.

Republicans said Democrats were seeking to add requirements that contractors pay prevailing wages to spending on broadband internet and cybersecurity, as well as a newly created infrastructure bank.