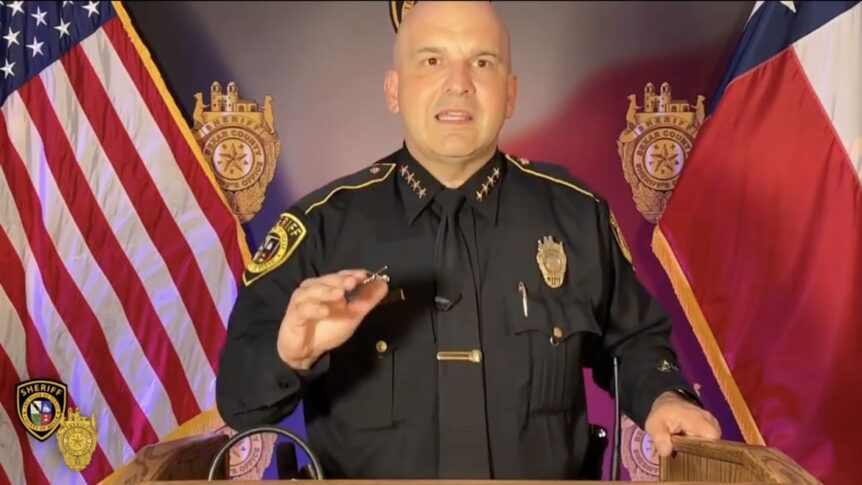 Authorities have confirmed they are opening a criminal investigation into the individuals who “lured” approximately 50 migrants from the migrant resource center in San Antonio to be flown to Martha’s Vineyard at Florida Gov. Ron DeSantis’ request.

Bexar County Sheriff Javier Salazar confirmed the investigation during a press conference Monday “to clear the air for everyone,” alleging that 48 migrants were “lured under false pretenses” to stay at a hotel for a couple of days, shuttled to a plane, flown to Florida, and eventually transported to Martha’s Vineyard, where they had been promised work and solutions to other problems.

A number of migrants have claimed to have been approached and paid $200 cash by a mysterious woman called “Perla” to recruit people to board a plane to Martha’s Vineyard on Wednesday. By Friday the migrants were being transported from the island’s lone shelter to temporary housing at Joint Base Cape Cod in Buzzards Bay—off Martha’s Vineyard entirely.