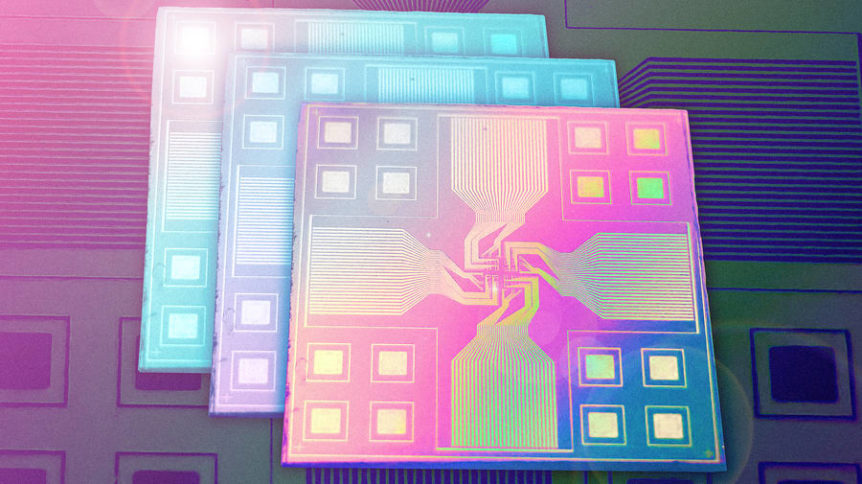 If you’ve ever wanted to upgrade the hardware for your phone or smartwatch without having to throw it out with every new product rollout (I’m looking at you, Apple), the future is right around the corner.

Engineers at MIT have made a wireless, reconfigurable chip that one day could easily be snapped onto your existing devices like a LEGO brick. In a paper published Monday in Nature Electronics, the chip contains layers of sensing and processing elements—including its own neural network (a computer that simulates the brain)—that can be programmed to do whatever you want, whether it’s tracking muscle activity or adding an image recognition feature to your device. Having the flexibility to customize and upgrade an old device is a modder’s dream, but the chip may also help reduce electronic waste, which is estimated at 50 million tons a year worldwide.

“We tried to make some kind of AI chip, which is reconfigurable, so we call it a LEGO-like AI chip,” Jihoon Kang, an electrical engineer at MIT and co-author of the new study, told The Daily Beast.