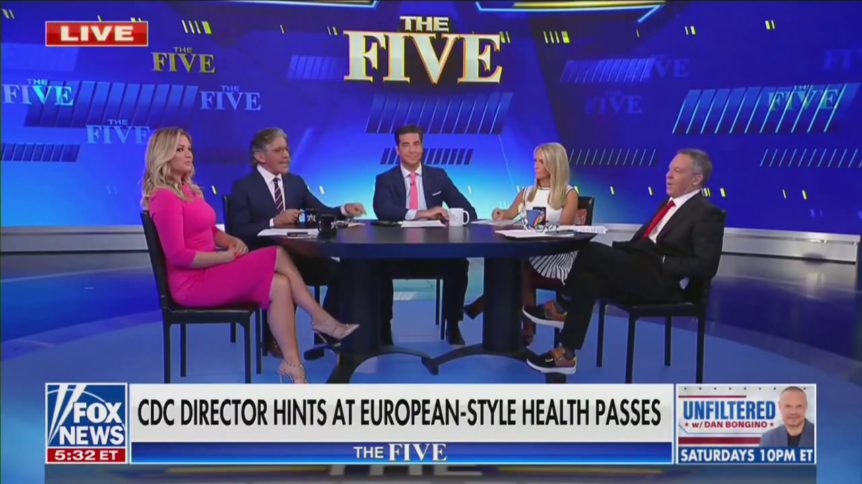 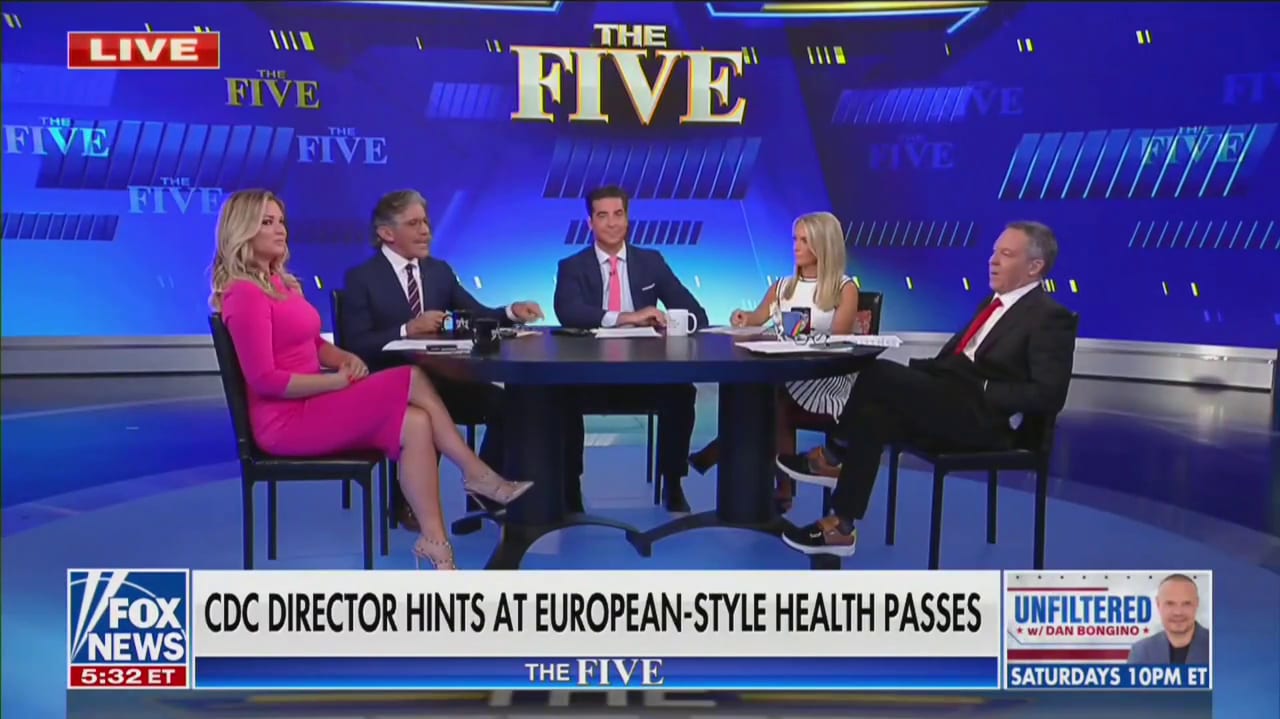 For the second day in a row on Wednesday, Fox News’ Geraldo Rivera passionately advocated for vaccine mandates while labeling Americans who are refusing to get vaccinated against COVID-19 as “selfish” and “arrogant.”

This time around, however, he also threatened to kick his co-host Greg Gutfeld “in the ass” if he came into his grandchildrens’ home without first being vaccinated.

During Wednesday’s broadcast of Fox News panel show The Five, the hosts largely revisited their off-the-rails argument from the previous day, which revolved around the CDC reversing course and recommending indoor mask usage for vaccinated people in high-transmission areas.

Besides grumbling about the CDC’s revised guidelines, which were enacted due to a surge in hospitalizations and cases among the unvaccinated, the show’s conservative panelists also took issue with the Biden administration endorsing vaccine passports for businesses and public places. (Ironically, Fox News itself has quietly implemented its own vaccine passport system for its employees.)

After co-host Katie Pavlich claimed the CDC had “undermined their entire argument” for vaccine passports with its latest mask guidelines, Rivera shot back that Pavlich’s remarks were “baloney.”

“I think less of people who are not vaccinated. I think it’s an arrogant, selfish, reckless act. I have five grandchildren, all under the age of 12, who are susceptible to someone sneezing on them,” he exclaimed, noting his grandkids are all too young to be vaccinated at this point.

“I think it is absolutely so selfish, that it is appalling,” Rivera continued. “Sometimes the government has to tell, not ask. The government has to tell right now. I want people to have to show, when I go to the bar, I want to know everybody is vaccinated. Or have the test. Here is my negative test, here it is, and every week it has to be updated.”

Noting that the government has mandated other vaccines, Rivera dismissed his colleagues’ arguments that vaccine mandates and passports were an affront to personal freedom by calling their position “caveman stuff.”

After co-host Jesse Watters said that Rivera was “politicizing” the issue and his approach was “not a good way to get people vaccinated,” Gutfeld chimed in and insisted that Rivera didn’t want to “persuade anybody” to get the jab.

“Because nothing you said is persuasive. When you call people names — and I know this for my own history—it doesn’t persuade anybody,” the so-called comedian added.

“You know what? Too bad,” Rivera fired back. “If you come into my grandchildren’s house and you are not vaccinated, I’m going to kick you in the ass!”

The two would go back and forth a bit more, with Gutfeld arguing that most unvaccinated Americans have legitimate reasons for refusing the shots and Rivera accusing his co-host of “presenting the message of uncertainty” about vaccines. (Recent polling finds that Fox News viewers are far less likely to get vaccinated than the public at large.)

“When you sit here and try to crap on Americans because it makes you feel good, ‘You’re not going to come to my house!’ We don’t want to go to your house! We want to live our lives,” Gutfeld shouted at the end.

“I’m not going to invite you,” Rivera retorted.