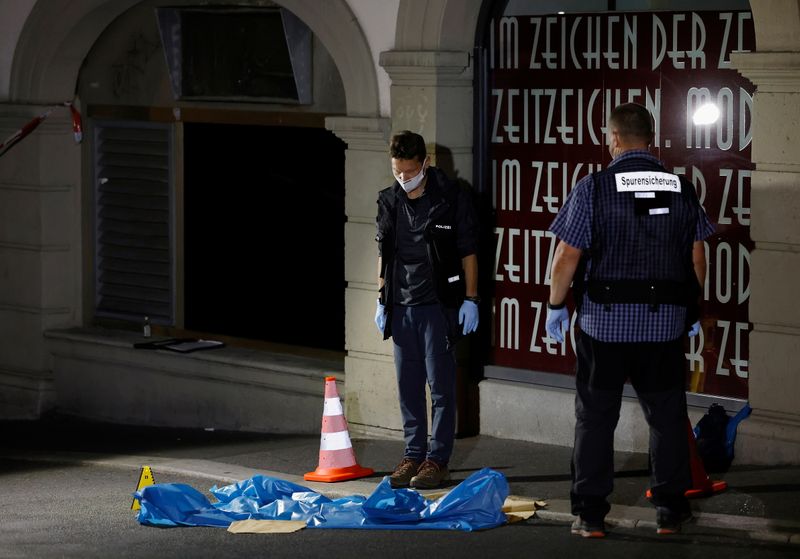 FILE PHOTO: Police secures evidence after three people were killed and five seriously injured in a knife attack on Friday by a 24-year-old Somali immigrant, described by officials as having been placed under compulsory psychiatric treatment in recent days, in Wuerzburg, Germany, June 25, 2021. Picture taken June 25, 2021. REUTERS/Heiko Becker

BERLIN (Reuters) – A knife attack in the German town of Wuerzburg that killed three people and seriously injured seven others on Friday probably had an Islamist motive, prosecutors said on Tuesday.

“An Islamist background for the crimes is likely,” Munich Prosecutor’s Office said in a joint statement with the Bavarian State Criminal Police.

The perpetrator twice shouted “Allahu akbar”, an Arabic phrase that means “God is great” which is often associated with acts of Islamist militancy when used by attackers, the authorities said citing witnesses.