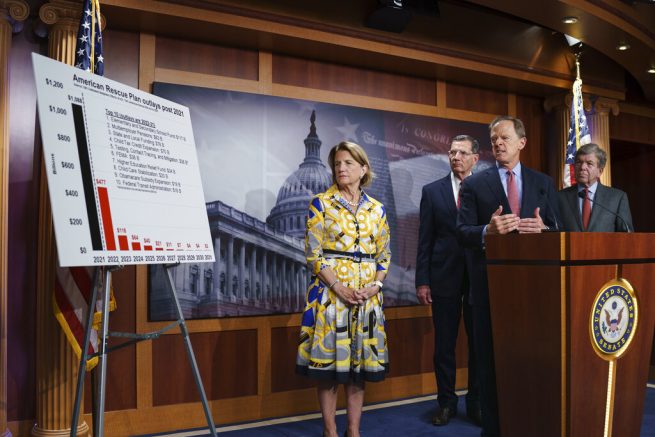 A group of Republican senators countered Joe Biden’s massive infrastructure plan with a more modest amount during a news conference at the Capitol on Thursday. The GOP lawmakers made the offer that proposed a $928 billion plan to be spent over eight years.

The plan would allocate an additional $91 billion to roads and bridges, $48 billion to water resources and $25 billion to airports. It would also provide a one-time increase in broadband investments.

Biden’s latest offer to Republicans landed at $1.7 trillion, which is $600 billion less than his original offer. However, GOP lawmakers stand strong in their decision to keep Biden from raising corporate taxes. Therefore, the discussion continues.

The good news is: @EPWGOP and @EPWcmte have already unanimously passed two bipartisan bills that share the ideas within our counteroffer.

This is proof we CAN work together on infrastructure. I’ll continue working w/ @potus and my colleagues to build off of this momentum. pic.twitter.com/9SEWMiXeH9

Sen. Shelley Moore Capito (R-W.Va.) said the small group of Republicans believe their counteroffer is the right step towards a bipartisan compromise. The group has maintained a strong stance against Biden’s tax hikes and have continued to advocate for the reallocation of unused COVID-19 funds.