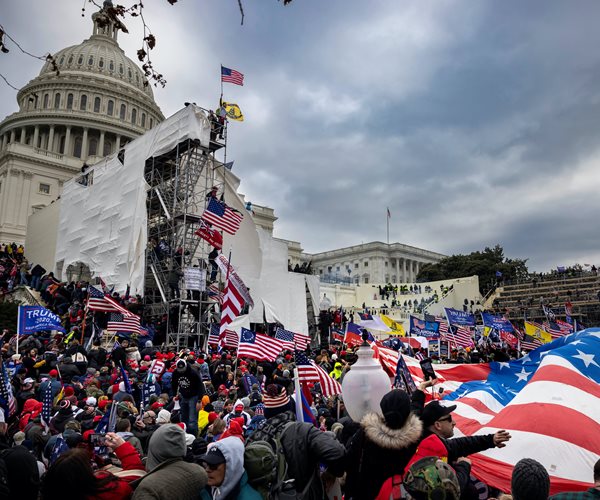 Senate Republicans on Friday blocked the creation of a bipartisan panel to study the Jan. 6 attack on the Capitol, refusing to back down on their opposition to the independent investigation.

The Senate vote was 54-35 — short of the 60 votes needed to consider a House-passed bill that would have formed a 10-member commission evenly split between the two parties. political effort to shift the focus off of the violent insurrection of his supporters.

Democrats and some moderate Republicans had called for a commission to probe the events leading up to and on Jan. 6, when hundreds of people, some of them supporters of President Donald Trump, stormed the Capitol, fighting with police, urging violence against lawmakers and delaying the formal certification of President Joe Biden’s election victory.

Four people died in the attack, and a police officer collapsed and died afterward of what authorities said were natural causes. Two police officers took their own lives in the days after the riots.

Though the Jan. 6 commission bill passed the House earlier this month with the support of almost three dozen Republicans, GOP senators said they believe the commission would eventually be used against them politically.

“What are you afraid of – the truth?” Senate Democrat Leader Chuck Schumer said on the Senate floor.

Senate Republican Leader Mitch McConnell has argued that the commission would duplicate work done by other congressional committees, as well as a sweeping federal criminal investigation that has so far has resulted in the arrests of more than 440 people

Trump has called it a “Democrat trap.”

The vote is emblematic of the profound mistrust between the two parties since Jan. 6.

This article was compiled from reporting by The Associated Press and Reuters.