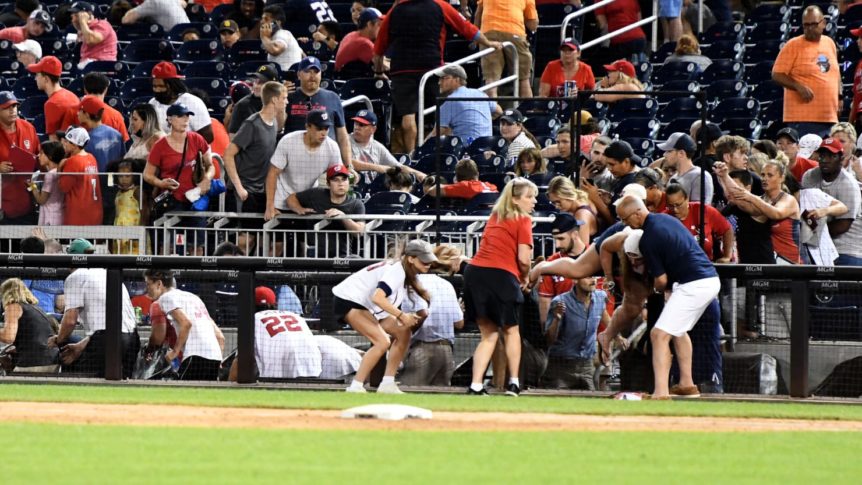 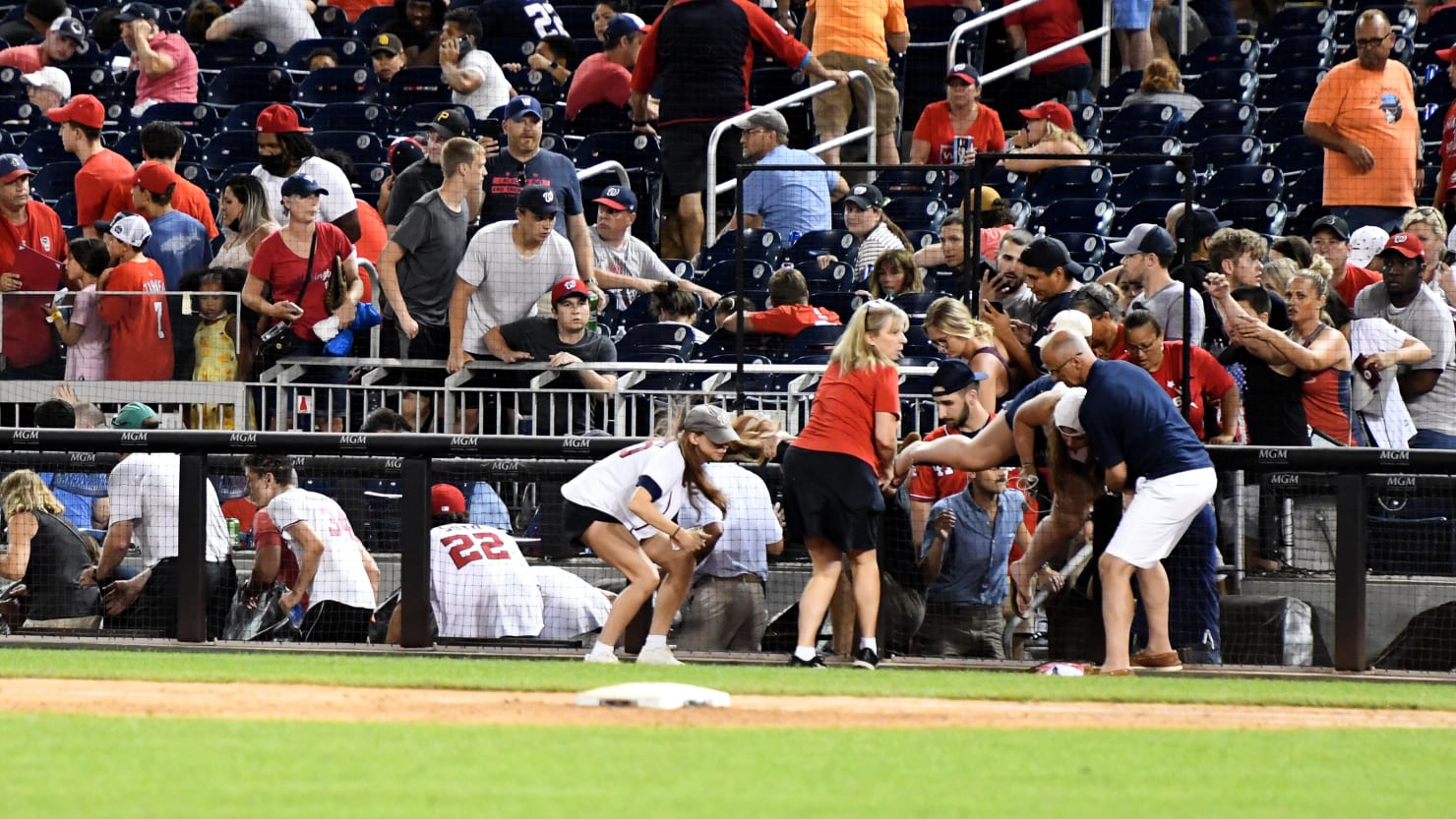 A Washington Nationals game was interrupted by gunfire just outside the ballpark on Saturday night, sending fans scattering and some players rushing into the stands to rescue family members.

The team confirmed in a statement on Twitter that a shooting had been reported outside the Third Base Gate at Nationals Park and urged spectators to leave the area.

D.C. Police confirmed that four people were shot just outside the ballpark. Two of them were transported to a hospital from the scene, and two others brought themselves to local hospitals for treatment, police said.

Authorities gave no further details on the circumstances of the shooting but said it was not related to the baseball game.

“This is currently an active investigation and it appears there is no ongoing threat at this time,” police said.

The game has subsequently been suspended.

The shooting came as the city was still reeling from the drive-by shooting that killed a 6-year-old girl and left five others injured a day earlier.

Just hours before gunfire erupted in Nationals Park late Saturday, Washington, D.C. Police Chief Robert Contee gave an emotional press conference where he condemned the city’s gun violence and said he was “sick and tired of being sick and tired.”