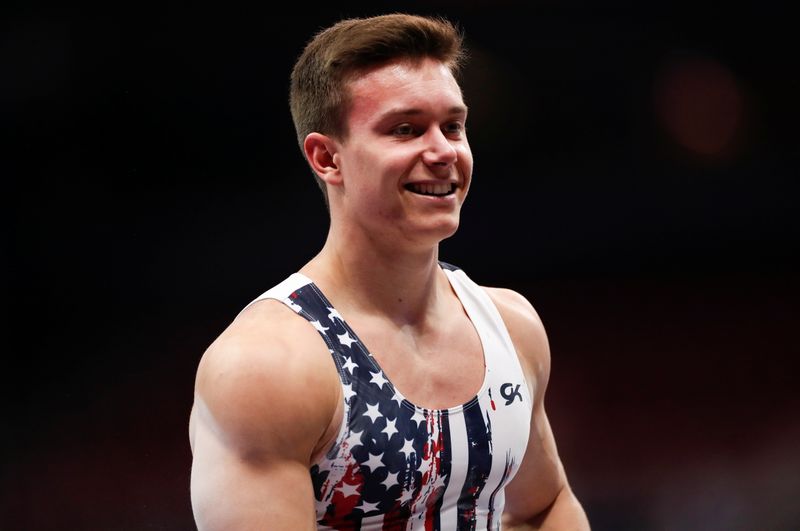 Malone put on consistent high performances across all six events inside the Dome at America’s Center and won the high bar outright, while Moldauer – who finished fifth all-around at the 2016 trials – secured top-three finishes in four different events to qualify.

“This is the hardest year I’ve ever had and to be able to come through, put out a show for you guys – I do it for you guys,” said Mikulak, whose Olympic dreams briefly appeared in jeopardy after he fell off the pommel in the final rotation.

“Honestly, this isn’t for me, this is to show everyone that we do it together – no one is alone out there.”

The competition capped a remarkable comeback for Wiskus, 23, who fell from the high bar three times at the National Championships last month, only to finish third in the event this week with a 27.400.

Alec Yoder, 24, will also travel with Team USA to Tokyo in the “plus-one” individual spot, along with five alternates in case of a COVID-19 outbreak.

The team faces tough odds in Japan, as the U.S. side has not won an all-around team gold in the men’s competition since the 1984 Los Angeles Games.

The Olympic trials continue on Sunday, with the final day of the women’s competition.