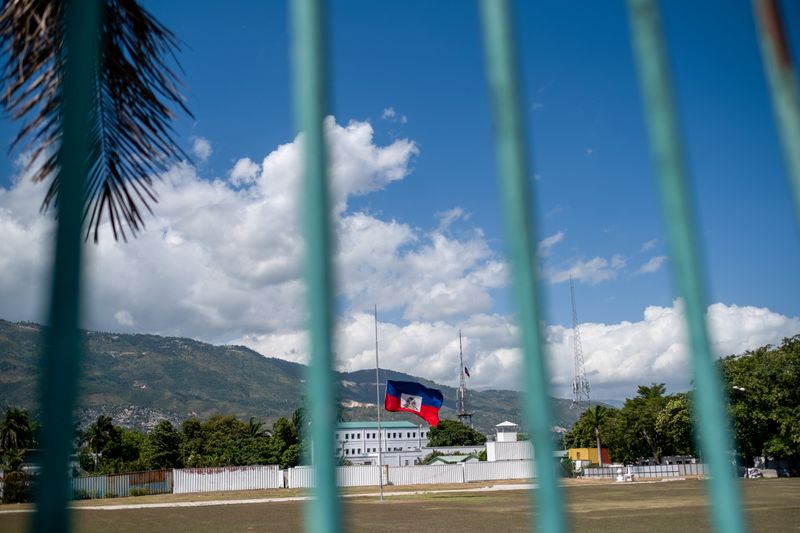 FILE PHOTO: The Haitian national flag waves at half-mast where the Haitian Presidential Palace used to be following the assassination of President Jovenel Moise, in Port-au-Prince, Haiti July 10, 2021. REUTERS/Ricardo Arduengo

Haitian President Jovenel Moise was shot dead when assassins armed with assault rifles stormed his private residence in the hills above Port-au-Prince on July 7.

An investigation into Moise’s killing last week has so far revealed Badio may have given the order three days before the attack against the president, Vargas said in an audio message.

According to Vargas, Badio could have given the order to kill to former Colombian soldiers Duberney Capador and German Rivera, who had initially been contacted to carry out security services.

“Several days before, apparently three, Joseph Felix Badio, who was a former official of (Haiti’s) ministry of justice, who worked in the anti-corruption unit with the general intelligence service, told Capador and Rivera that they had to assassinate the president of Haiti,” Vargas said.

“We are assisting in all the support tasks for the interviews that are being carried out with the captured Colombians,” he added.

The group of assassins included 26 Colombians and two Hatian-Americans, according to Haitian authorities. Eighteen of the Colombians have been captured, while five are on the run and three – including Capador – were killed.

Many of the Colombians accused of involvement in the assassination went to the country as bodyguards, Colombian President Ivan Duque said on Thursday, but others had detailed knowledge about the planned assassination.

Relatives and colleagues of some of the detained Colombians have also said the suspects were hired to work as bodyguards.