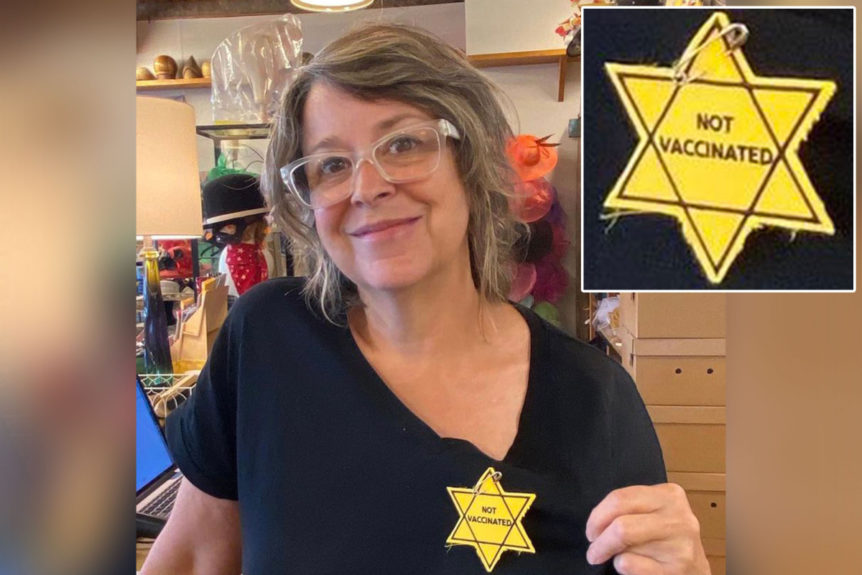 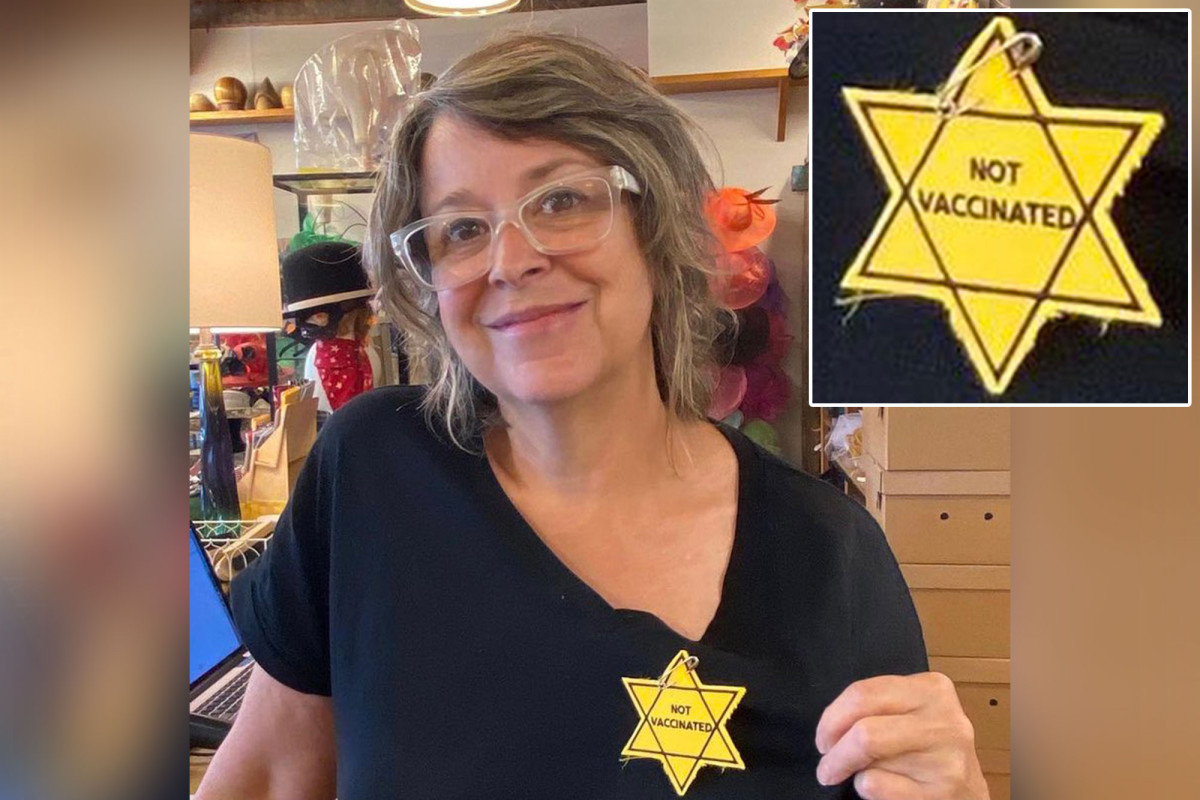 A Tennessee hat shop has come under fire for selling “Not Vaccinated” stick-on patches modeled after the yellow stars Jews were forced to wear in Nazi-occupied Europe.

“[P]atches are here!!” crowed the Instagram account of hatWRKS in Nashville, below a picture of an unidentified woman sporting the tasteless tchotchke.

The post, which was later deleted, went on to note that the badges were $5 apiece and featured a “strong adhesive back.” The store also promised that “we’ll be offering trucker caps soon.”

The advertisement was met with outrage on Twitter, with users calling for the store to be boycotted.

“I could not believe this could be for real,” CNN analyst Ana Navarro reacted. “I like to think such stupidity, insensitivity and ignorance in America cannot be commonplace. It’s real.”

“I am ashamed to know that I’ve given these people business in the past; I’ve sent people there,” wrote “Deadwood” actor W. Earl Brown. “This is vile and repulsive. They trumpet that they’re proud to ‘Stand Up Against Tyranny’ Well, I am proud to say GO F— YOURSELF. I’ll purchase my chapeaus elsewhere.”

Former US Ambassador to NATO Ivo Daalder recalled: “As a young school girl in Holland, my mother was forced to wear a yellow star by the Nazis to identify her as a Jew. It’s beyond grotesque to sell this evil symbol to proclaim one’s not vaccinated. Where does this end?”

The item appears to have come out the same week Rep. Marjorie Taylor Greene (R-Ga.) compared mask mandates in the House of Representatives to anti-Jewish laws under the Third Reich.

“You know, we can look back at a time in history when people were told to wear a gold star, and they were definitely treated like second-class citizens, so much so that they were put in trains and taken to gas chambers in Nazi Germany,” Greene told Christian Broadcasting Network’s David Brody last week. “And this is exactly the type of abuse that [House Speaker] Nancy Pelosi is talking about.”

Greene doubled down earlier this week while responding to a story about a Tennessee grocery store adding a “vaccination logo” to employee badges.

“Vaccinated employees get a vaccination logo just like the Nazi’s forced Jewish people to wear a gold star,” she tweeted. “Vaccine passports & mask mandates create discrimination against unvaxxed people who trust their immune systems to a virus that is 99% survivable.”

The Instagram post showing off the badge on hatWRKS’ account was replaced by an unsigned statement that said: “[P]eople are so outraged by my post … but are you outraged with the tyranny the world is experiencing?”

“[I]f you don’t understand what is happening, that is on you, not me. [I] pay much more respect to history by standing up with the fallen than offering silence & compliance,” the statement said. “[T]hat is the worse [sic] crime. [I]t was then & is now. [I] will delete your disgust and hope you put it where it belongs.”

Another post on the account features a quote by British author David Icke with the caption “spare me any david icke hate.” Icke has been described by the Anti-Defamation League in 2018 as a “notorious anti-Semitic conspiracy theorist” and his 1995 book, “And the Truth Shall Set You Free,” was described by commentator Yair Rosenberg that same year as “an unhinged anti-Semitic conspiracy tract written by one of Britain’s most notorious anti-Semites … so obviously anti-Semitic that Icke’s publisher refused to publish it, and he had to print it himself.”

Calls to hatWRKS from The Post Friday were directed to a full voice mailbox. An email sent to the business requesting comment was not immediately answered.