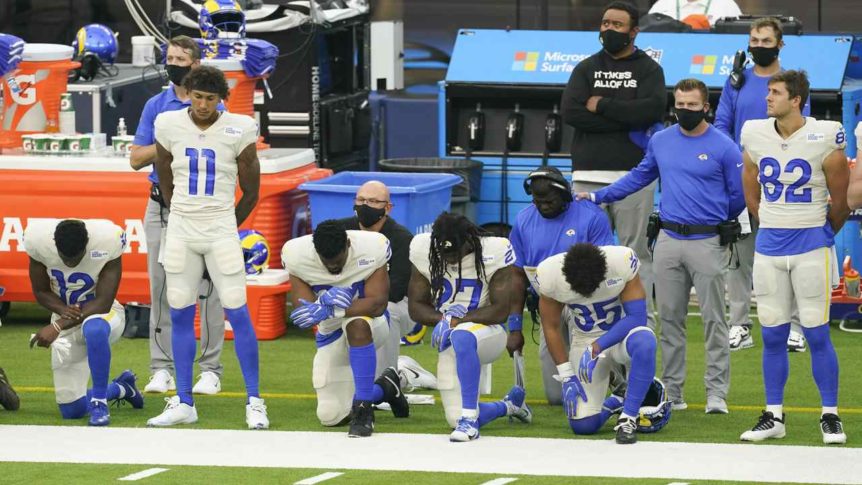 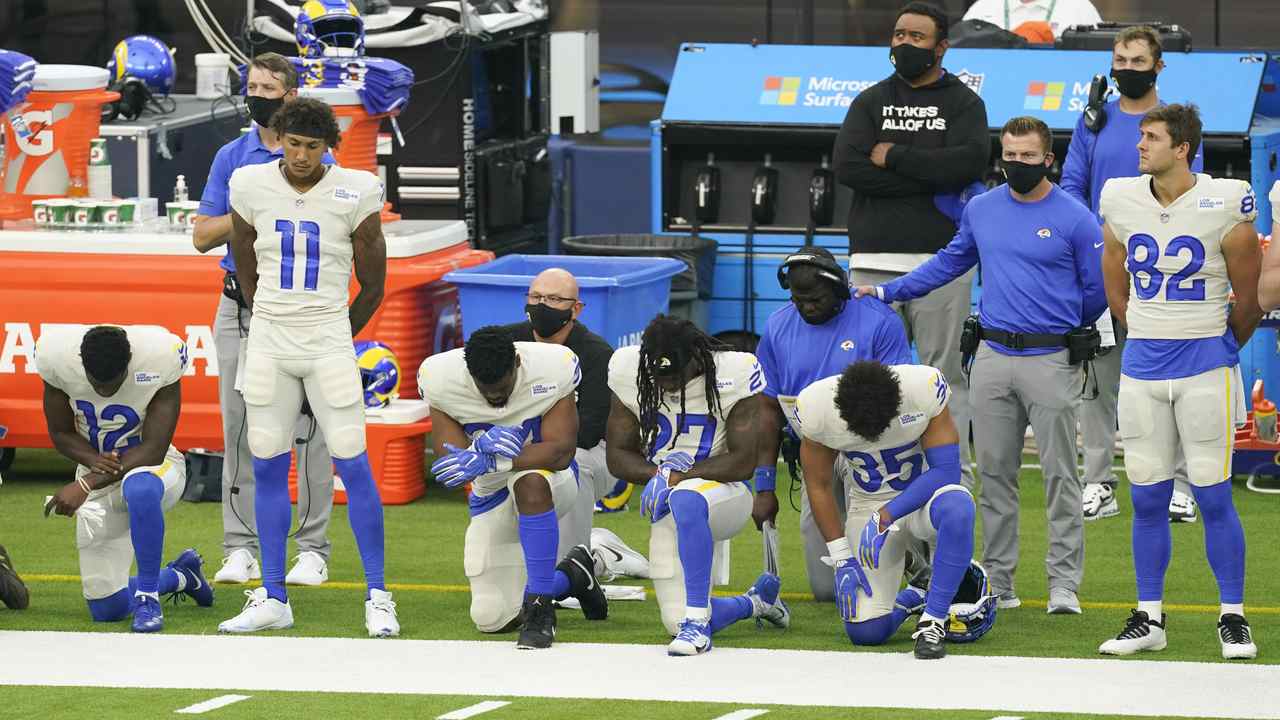 Did you hear the NFL is planning to play the “Black national anthem” before each football game? This is the most bizarre, insulting, idiotic, ignorant, offensive and most importantly — racist — decision in the history of sports.

I was clearly wrong.

A national anthem for only one race of people sure sounds insulting, offensive and racist to me. I’m glad it’s not my race promoting such a divisive and intolerant idea.

But, as long as the NFL is playing this insulting game …

I’m Jewish and I feel left out. I’m insulted. It’s downright intolerant to leave my people out. Where is the diversity and inclusion in the NFL?

A recent NFL TV ad campaign reported: “The NFL is gay, lesbian, bisexual and transgender.” So, where are their national anthems before games?

Have I left anyone out?

This is insanity. The pathetic, woke and politically correct NFL appears to be rooting for the breakup and tribalization of the USA. Will teams someday be based not on the city or state they’re in, but on the gang, tribe, race or religion they represent?

Should we have NFL battles between the Polish Americans and the Italian Americans? The Jews versus the Christians?

Or here’s a guaranteed crowd pleaser — an NFL championship game between white and black people. I’m betting that would sell out in 15 minutes, with seats selling for a small fortune.

Personally, I’m hoping for the NFL championship game between the San Francisco Gays versus the New York Transgenders. I can’t wait to see the cheerleaders!

Don’t laugh. That’s exactly what all of this progressive racist madness is leading to.

Why not start games with 100 national anthems? Let’s just have a 3-hour pregame ceremony with flags and anthems for every group, race and sex in America. Like the opening ceremony of the Olympics before each NFL game.

And you thought the coronavirus produced empty stadiums?

P.S. While you’re busy adding a Jewish National Anthem to every pregame show, it might be time for the NFL to address a burning “social justice” issue. Where are all the Jewish wide receivers? And Jewish running backs? And Jewish quarterbacks?

It’s finally time to address this civil rights issue of the 21st century. Why aren’t there more Jews in the NFL? I think we need the NFL to step up. We need a “Jewish Lottery.” It’s time for affirmative action. Because my Jewish people are not being represented in the NFL. It’s time for diversity, inclusion and social justice. I want Morris Bernstein as wide receiver.

By the way, here’s another controversy the NFL just created. I’ll bet the NFL never thought of this one. How will black players feel when white fans who are angry, offended and insulted by this racist decision respond to the “Black National Anthem” by KNEELING?

Now that should make pregames interesting.

And that’s before the kickoff.

Wayne Allyn Root is the author of the new No. 1 national bestselling book “TRUMP RULES.” Wayne is a CEO, entrepreneur, and host of the daily nationally syndicated show “Wayne Allyn Root: Raw & Unfiltered” on USA Radio Network, from 6 p.m. to 9 p.m. EST and the “WAR RAW” podcast.