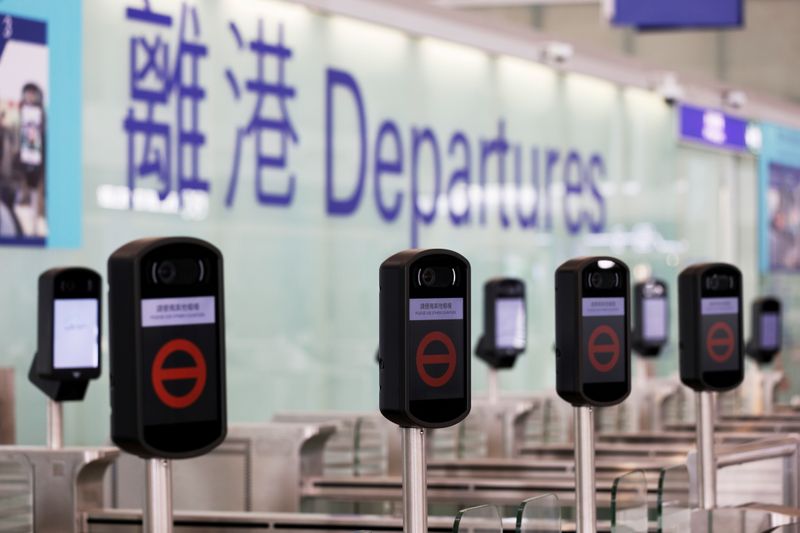 HONG KONG (Reuters) – For 22-year old Timmin Lam, who is studying in Manchester, the ban on flights from the United Kingdom to Hong Kong this week is the latest in a series of unrelenting measures that have prevented him from travelling home for almost two years.

“I feel trapped in the UK. I really wish the pandemic would improve,” he said.

Authorities in the global financial hub said on Monday that Hong Kong would ban passenger flights from the United Kingdom starting July 1 to curb the spread of the Delta variant of COVID-19. [L2N2OA0PS]

Britain has been categorised as extremely high-risk and people who have stayed in the country for more than two hours will be unable to board passenger flights for Hong Kong.

It is the second time that the Chinese-ruled hub has barred arrivals from Britain; the earlier ban was in force from December 2020 until May.

The government said the ban was due to “the recent rebound of the epidemic situation in the UK and the widespread Delta variant virus strain there, coupled with a number of cases with L452R mutant virus strains detected by tests from people arriving from the UK.”

Before the ban, restrictions on the UK had been relaxed to allow vaccinated travellers only 7 days of quarantine compared with 21 days. Thousands of students had planned to return home for the summer, and the sudden change has resulted in chaos for many.

“I really wish they had announced this earlier to allow more time for us to arrange and organise things,” said Wallis Au, a 20-year-old physiotherapy student in Britain. Au said she had a flight booking to arrive in Hong Kong on July 5 but now would not be able to return before the deadline.

Due to Hong Kong’s strict COVID-19 regulations, travellers cannot land in the city without securing a hotel reservation for quarantine. After the ban was announced, parents scrambled to find hotels for their children, but for many it was impossible.

“Even if I can manage to get an earlier flight – which was a push because everyone was rushing – how could she board without the hotel booking?” said Hong Kong mother Debi Yeung, whose 20-year old daughter is studying in Leeds.

Yeung said she had changed flight dates and hotel bookings several times already because of changing regulations, while her daughter had scheduled multiple COVID-tests ahead of her journey.

“We have given up now,” she said. “I don’t think there is much more that we can do.”