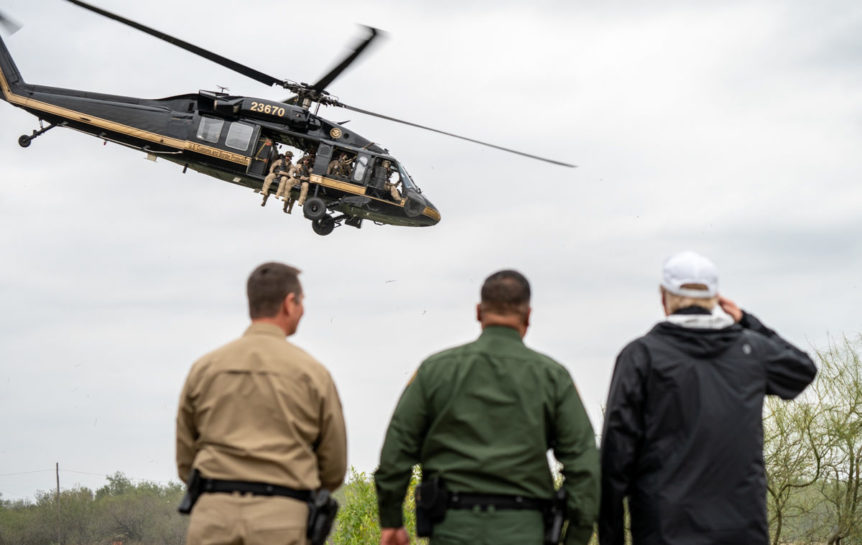 As the crisis at the southern border rages on, House Democrats this week proposed a new appropriations bill for the Department of Homeland Security (DHS) that would severely cut funding to Customs and Border Protection (CBP) and Immigration and Customs Enforcement (ICE), while rescinding over $2 billion in border wall funding from last year. Ironically, the bill is receiving a markup today, even as former President Donald Trump, Texas Gov. Greg Abbott, and members of Congress visit the US-Mexico border to address the border crisis.

The state of Texas has been struggling this year with the unprecedented surge in migrant crossings along its southern border. In the month of May alone, CBP encountered 180,034 persons at the southwest border, which is the highest monthly total in over 20 years. The surge in illegal immigration has overwhelmed the Texas border causing Gov. Abbott in May to declare a border disaster in 34 Texas counties, vow to build border wall in Texas, and request help from other states as there are not enough border patrol agents to process the number of migrants coming in.

Meanwhile in Washington, D.C., President Joe Biden has utterly failed in his constitutional duty to faithfully execute U.S. immigration laws and has intentionally created the crisis upon taking office by ending nearly every measure put in place by the Trump administration to secure the border. It took Vice President Kamala Harris, the person President Biden put in charge of addressing the border crisis, more than three months to visit the border, but even then she avoided what Sen. Ted Cruz called “the locus of the crisis” by going to El Paso. And now, a week after the vice president’s visit, House Democrats put forward a bill that shamelessly cuts funding for the brave men and women of CPB and ICE.

Their bill gives CPB $14.1 billion in net discretionary appropriations, which is significantly less than their 2021 budget and about a half-billion dollars less than what the original draft of the homeland security appropriations bill promised. ICE received $1.55 million less than their 2021 budget and the bill does not indicate any funding for additional Border Patrol agents. Contrastingly, U.S. Citizenship and Immigration services would be given a $346.7 million increase to help process immigrants more quickly and thus allow the Biden administration to avoid the optics of an overwhelmed border without enacting any of the necessary policy changes to stop the root causes of illegal immigration.

It would appear the call to defund the police from Antifa, Black Lives Matter, and other left-wing groups has expanded to include all law enforcement agencies—including those at our southwest border. At a time when there is an unprecedented influx of migrants coming to the United States illegally, the men and women in law enforcement need true leadership from Washington, D.C. —not Democrat politicians who kowtow to the wishes of the far left.