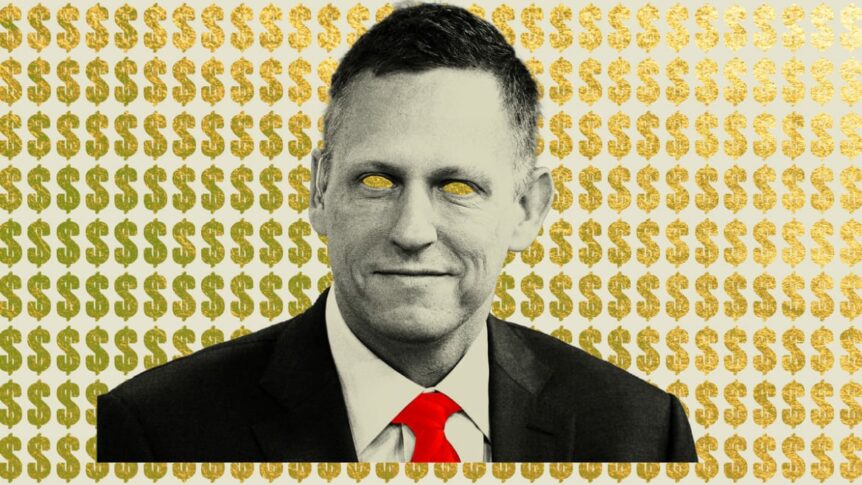 Despite the way Thiel’s donations are often framed in headlines, he doesn’t give the bulk of his money to individual candidates. That’s largely because he can’t. Federal law caps individual campaign contributions at a comparatively low amount—$5,800 for a full election cycle.

Instead, the bulk of Thiel’s cash is going to outside groups called super PACs, which unlike campaigns can accept unlimited amounts of money, both from individuals and corporations.