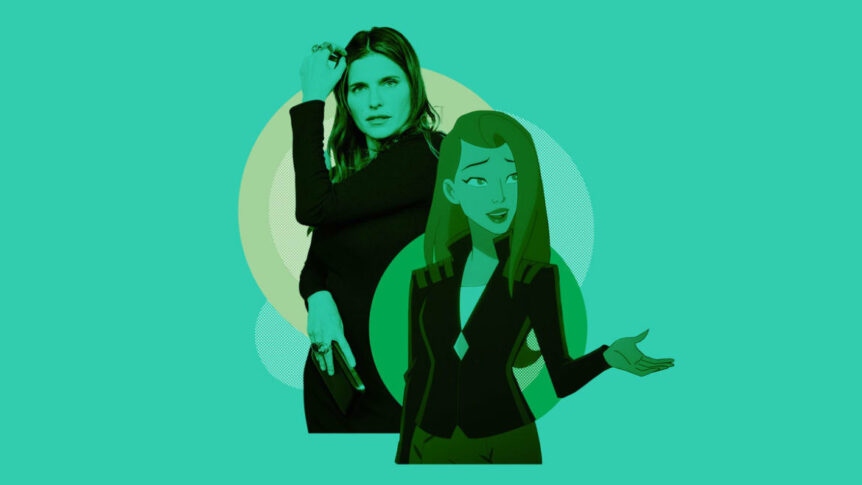 Listen, Lake Bell is no stranger to the world of voice recording. Just scroll down her IMDb page and see for yourself—her impressive career is littered with voice-acting roles. Heck, she even wrote, directed and starred in a movie all about voice-over work. (Seriously, if you haven’t seen In A World…, get on that.)

The point is that Bell has played a lot of iconic roles both in animation and live-action, but for the past four years she has been stealing hearts and taking names as the voice of Poison Ivy in HBO Max’s bonkers—in the best way—animated series Harley Quinn. And it might be her best voice work yet.

It’s a daunting task to take on a role in the DC Universe. Fans can be ravenous about any portrayal of their favorite comic book characters, and a beloved one like as Poison Ivy is an even bigger target. But, funnily enough, Bell was unaware of all of this. In fact, it’s what drew the Harley Quinn creators to her in the first place.