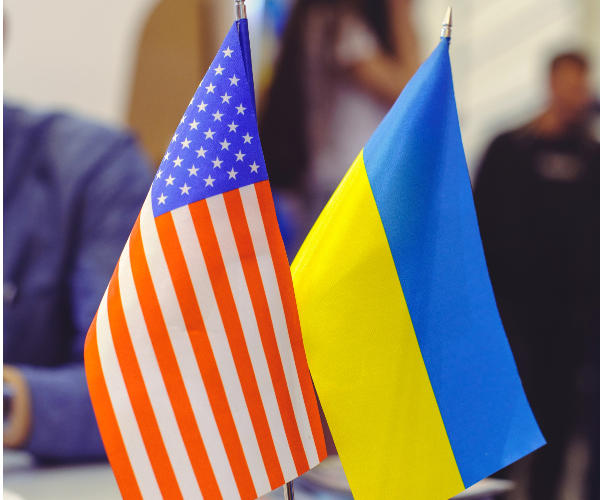 Russian Federation’s influence is on the rise lately. Amassing thousands of troops along the Ukrainian border, negotiating a ceasefire between Armenia and Azerbaijan, playing a key role in the recent halt in Israel-Hamas hostilities: this seems to be Russia’s moment.

The Biden administration sees Russia as our gravest threat (well, after Climate Change and white supremacy within our own shores). Therefore, any material geopolitical advance by Russia comes at our expense and must be contained.

One way to stop Russia is by helping Ukraine. President Trump bragged that he shipped anti-tank missiles to Ukraine, while President Obama had provided only “pillows and sheets.” The better way to bolster Ukraine in our efforts to derail Russia’s aggression involves neither weapons nor bedding. The U.S. should invest in helping Ukraine tap its huge potential to rival Russia in economic might.

On the world stage, economic might trumps military might, and trade can be an incentive for ceasing hostilities and doing business together for years to come. We should help Ukraine reform and rebuild its faltering and corruption-riddled economy as a way to loosen Russia’s grip on Eastern Europe.

In the breakup of the Soviet Union 30 years ago, Ukraine should have emerged as the leader of the new guard. It has the largest land mass in Europe, with fertile soil for thriving agriculture unrivaled in Europe. Ukraine’s ports (which Russia covets) give it access to international trade. The country produces natural gas for much of its own needs, and with U.S. technology it could expand to supply its neighbors, which now rely solely on Russia.

Yet Ukraine has lagged behind its neighbors. The West’s high hopes for Ukraine have turned first to confusion and then to frustration. High tariffs, high business taxes and onerous regulations hurt Ukraine’s economy, as does a lack of free-market competition and efficient pricing. It is dominated by oligarchies that control most major sectors, turning Ukraine into a modern version of a feudal society.

Thus, inflation runs high at 8%, and the jobless rate is close to 9%, and double that for young workers. Amid the Covid-19 pandemic, Ukraine’s GDP shrank almost 11% last year to $137.3 billion, the World Bank says. The nation’s economy is 25% smaller than its peak in 2013. Foreign direct investment in the country, at only $5.82 billion in 2019, came in at zero last year—and foreign investors withdrew almost $600 million in assets from Ukraine.

The Ukraine drain is so bad that, since the Russians took Crimea in 2014, up to two million people have left home to take jobs in Poland, where minimum monthly wages of $660 are more than three times that of Ukraine. Last year, foreign remittances sent home to Ukraine totaled almost $12 billion, vastly more than foreign investment contributed. The economic death spiral that these statistics convey are not encouraging news to potential investors.

Yet, great potential lurks beneath Ukraine’s structural troubles. The nation has a young population, with 70% under age 55, and 25% younger than 25. They can supply workers to a burgeoning tech sector. Software coders and developers can earn up to $1,500 a month. In Lviv, the largest city in Western Ukraine and home to UNESCO’s world heritage sites, some 20,000 IT workers had made $60 million in property purchases and were buying upwards of one-third of the cars sold locally, a story in the Financial Times reported in late 2018.

The U.S. could offer advice and investment to help Ukraine build up three cutting-edge fields: Big Data, Artificial Intelligence and Blockchain. In exchange, U.S. officials could exact concrete actions from the Ukrainian government to reform its economy:

This would add up to a threefer for the Biden administration. Ukraine would find new urgency and incentive to impose the reforms its politicians have promised for years. This would multiply and accelerate the impact of U.S. assistance. The stronger economy that results would strengthen Ukraine as a bulwark against our rivals in Russia. Win-win-win.